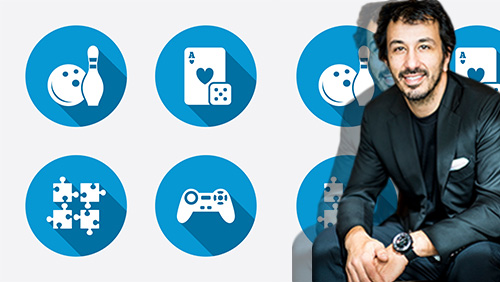 Lee Davy sits down with GameCo CEO, Blaine Graboyes, a pioneer, in the world of skill-based video game machines created for the brick and mortar casino industry to talk about his love for video games, the transition into the gambling world, and much more.

With the video game industry producing sprawling cinematic adventures, and technology continuing to advance at a rate of knots that would put the wind into the hair of Usain Bolt, who is going to want to stick money into a slot machine and wait for the bells and cherries to line up?

When you add that problem to the fact that slot machine revenue takes up 75% of the $60 billion earned by US casinos annually and that the figures are declining, you can see that the casino has a tremendous problem on their hands.

GameCo is the first company to deal with this issue by helping brick and mortar casinos appeal to the Millennials by creating Video Game Gambling Machines (VGM) that act as a hybrid between the video game and casino worlds, allowing people to play skill-based games against the house.

I caught up with GameCo’s CEO, Blaine Graboyes, to talk about his VGMs, why they are going to make such a difference, and what the future holds.

What follows is an abridged version of the audio, and I recommend you lis

ten to the full audio interview to get the full effect of our discussion.

Who is Blaine Graboyes?

“I love video games and have been playing my whole life and producing video games for most of the past 20 years. I went to Bennington College in Vermont and had a unique major: mathematics sculptor and philosophy of science.

“Right out of college I co-founded the first DVD production company in New York called ZUMA Digital. We were in operation for a few years and exited in  2001. After taking some time off, I moved to Los Angeles where I was the first digital producer represented by ICM the talent agency, and they got me into the video game industry.

“I started working with Dreamworks, Mattel, Warner Bros, and Sony. I spent a year with Direct TV developing the Game Lounge platform. I had a great time in LA, moved back East in 2007 where I co-founded a company called Worldwide Biggies, and we were early in multi-platform content and entertainment: television shows, video games, social games right before Facebook, that type of thing.

“Ultimately, I moved into eSports production and sponsorship. It was early in eSports, and I worked with the North American Starcraft League with Blizzard; helped Ubisoft to launch their eSports program, and produced a number of events with Wargaming on World of Tanks, and that led to GameCo.”

It sounds like you are trying to find a blend of eSports and casino games? 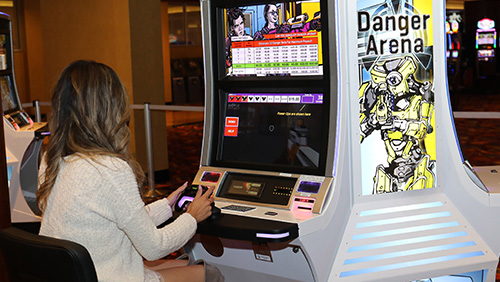 “We would produce eSports events at casinos and bring a few thousand gamers, and they would walk right by the slot games because they aren’t interested in them. I would meet a lot of casino execs, and they would ask how do we get these gamers onto the casino floor?

“I also learned a lot about the slots business. Slots generate 75% of gaming revenue in North America – $45 billion per year business, but it’s been stagnant or declining because slot machine players are ageing out or dying and the younger players aren’t coming through because they are playing video games.

“When you look at the opportunities, gamers want to get together with other gamers; gamble and socialise. Casinos want younger players and new revenue streams similar to slot machines. After some market research and ‘casino nights,’ it just seemed like an obvious win.”

How do you get young video gamers into the casinos?


“Gamers like to play at home, but that’s because there aren’t places to get together. If you are a gamer, you have an arcade like Dave and Buster’s, but that doesn’t make you feel cool. You can go to eSports events where you are a fan or spectator, but there aren’t a lot of opportunities to play games.

“The casino is the ideal location for them because of the VIP experience the casino are so expert at delivering. Gamers want to be validated in their passion for video games and want to be treated like adults. When it comes to hospitality, food, beverages, hotels, entertainment and the way they are treated there is no better destination to create these experiences for gamers like a casino.”

What are the players of your VGMS going to say to their friends, so they also play? 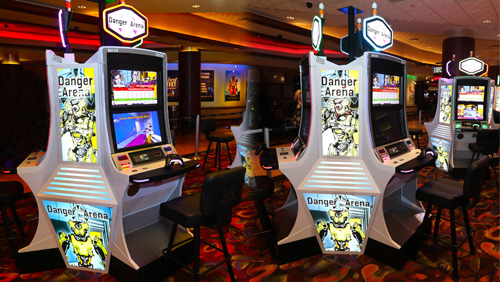 “We have Ambassadors staffing the VGMson Friday and Saturday nights so we can get people into the games, talk to them beforehand, and undertake exit interviews to learn about their experience.

“One of the things that’s encouraging is more than  80% of patrons said they would invite friends to play the game, and they would also return. We see this on a regular basis because the same ambassadors see the same people returning.

What extra value do you need to provide?


“Tournament and leaderboard systems. Our games are considered Class 3 Gaming machines. That means they are single player experiences where you are betting against the house;. It allows people to get into the game quickly. You don’t need a critical mass of players where a multi-player game would require it, and fewer experienced players have a chance to win. But we are hearing from players that they would like to have more tournaments and leaderboard experiences. We are working on these. It will allow us to offer prizes around the games that don’t exist right now. That’s valuable for gamers.

“We are also being asked to provide more variety of games. We launched with one game in Atlantic City. This week we launched our second game: Pharoah’s Secret Temple an Egyptian themed class three game, and so we knew from the beginning we would have a library of 12 or more games on the floor by the end of 2017. Gamers are feeding back that they love first person action games, but want to play other types of games, also.

What was your first game?

“The first game was Danger Arena where you fight robots. You get paid for every robot you take out.  You get 10% of your wager for one robot and 25 times your bet for ten robots.”

How long does a game like that take to play?

Where do the games come from?


“All of our games are licenced. We develop the platforms the hardware and software but not the games. We are licensing them from a variety of independent developers and publishers. Over the next few weeks, we will announce our first AAA game publisher who will be bringing their games to the platform.”

What has it been like dealing with the gambling side of things?

“It hasn’t been overly challenging, more of an educational process. The regulators and casinos are helpful. They want this product. They want us to succeed. A lot of my time is meeting casinos and regulators, and I find if you are engaged and positive they are very supportive.”

What are your weaknesses? 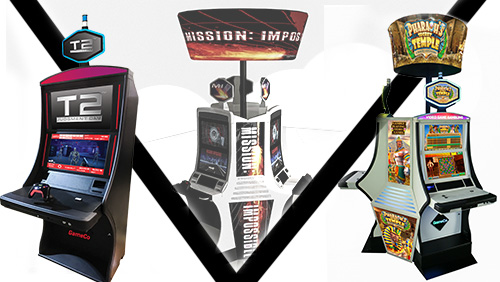 nacle is online and mobile. They are designed for immediate updates and iterations and fixes for the game. Every day you will be making changes to the game based on data you collect. This isn’t possible for us. We have to work with regulators and casinos to gather data and synthesise that and make choices. A game update we make might take a few weeks; another couple of weeks of regulatory testing and another couple of weeks to get on the floor. A challenge for us is what decisions do we make? How do we take player feedback and carry out the right choices that have the biggest impact on the wider group of players?”

Where can we find your VGMs?

“We are live at four casinos in Atlantic City: Caesars, Ballys, Harrahs and Tropicana – and will be rolling out to the remaining Atlantic City casinos in a month or two and will be in other jurisdictions in New England and the South of America, then starting to move West in Q2. Our goal is to be in Nevada by summertime.”

You can find out more about GameCo on their website.