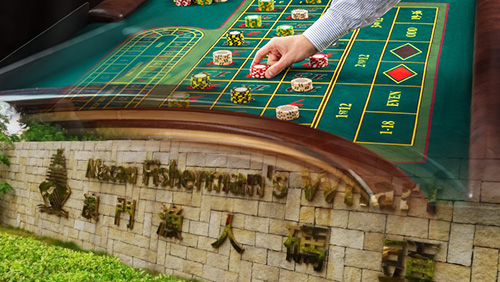 Secretary for Economy and Finance Lionel Leong Vai Tac confirmed on Wednesday that the government is awarding 15 new-to-market gaming tables as well as 91 slot machines to the Legend Palace Hotel, GGRAsia reported. The gaming tables are to be earmarked for mass play.

comprehensive consideration—including the factor of working towards the goal to help Macau develop as a world center of tourism and leisure.”

Legend Palace, which features 223 rooms and a space for a casino, is the second new hotel to open under Macau Fisherman’s Wharf redevelopment plan, joining Harbourview Hotel, which opened in February 2015.

According to Leong, Macau Legend “will see the moving of about 55 gaming tables – consisting of both mass and VIP gaming tables—from other SJM casinos to Legend Palace Hotel.”

The government is still sticking with its annual 3 percent growth for table games, Leong said, noting that Legend Palace’s new tables have been earmarked “for mass play only.”

“Mass play has an important role for our gaming revenue, and it [mass tourism] has also brought new client sources for our small- and medium-sized enterprises. So we will continue to stick by this principle [for table allocation],” the official said.

Macau Legend had an aggregate of 179 gaming tables at its Babylon Casino, located in Macau Fisherman’s Wharf, and Pharaoh’s Palace Casino at the Landmark Macau in the first half of 2016, according to the Hong Kong-listed company’s 2016 interim report.