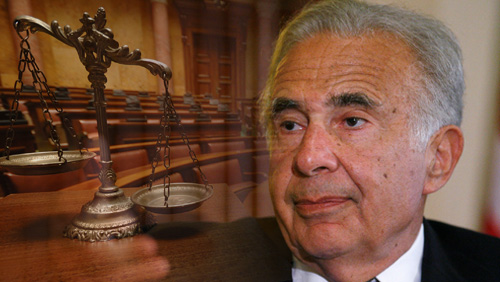 There is no longer a legal impediment that will prevent billionaire investor Carl Icahn from selling the now shuttered Taj Mahal casino in Atlantic City.

The New Jersey Senate on Monday came too close in overriding Gov. Chris Christie’s veto of controversial legislation that would suspend for five years the gambling license of any New Jersey casino that “substantially closed” last year or in the future.

NJ.com reported that the Democratic-controlled Senate could only muster 24 of the 27 votes needed to overturn Christie’s veto on measure S2575. The 13 Republican senators were all united in opposing the override despite four of them having voted in favor of the original bill.

Republican Senators Jennifer Beck of Monmouth County, Christopher Connors of Ocean, Michael Doherty of Warren, and Jim Jim Holzapfel of Ocean joined the Democratic senators in enacting the bill that some lawmakers said would punish Icahn for closing the Trump Taj Mahal casino in 2016.

They, however, change their votes to “No” this time.

In order to salvage the bill, State Senate President Stephen Sweeney, who is the main sponsor of the legislation, pulled the bill before an official vote could be recorded. He plans to hold another override attempt when all the Democratic senators are present.

According to the report, Democratic Senator Raymond Lesniak was absent on Monday.

Last week, Christie thumbed down the measure, which he claimed represented the Legislature “at its worst.” He further pointed out that the Bill “shamelessly backs one side in a labor dispute between private parties without regard to any legal, practical or collateral consequences far exceeds the scope of acceptable legislation and has no place in our state’s laws.”

Icahn, for his part, was keen on selling the Trump Taj Mahal, saying that the legislature’s approval of the bill was the last straw. He then blamed Sweeney for doing “irrevocable damage to Atlantic City specifically and New Jersey in general.”