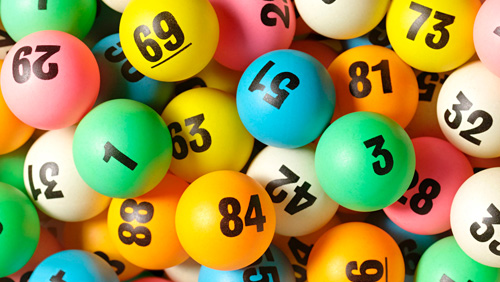 Results by Jamie Smart hits you with this jab in the first line:

What’s the number one result that you believe would have the biggest positive impact on your life?

What would you write?

I know, boring right – everyone wants financial freedom. Everyone, except Jane Park.

At 17-years of age, Jane Park was living in a tiny apartment with her mother in Edinburgh, Scotland, when she decided to buy a Euromillions lottery ticket, and won £1m.

She had earned financial freedom and wasn’t even old enough to buy a Pimms and lemonade in the local pub. It was every person’s dream.

Only it turned into a nightmare for Park.

Four years on, and Britain’s youngest ever Euromillions winner is planning to sue the National Lottery’s owners Camelot because she said the win has ‘ruined’ her life.

The UK National Lottery was born in 1994

and generated more buzz than a Royal Wedding. The opportunity to become stinking rich without stretching a muscle is fashionable in the UK.

At the time the minimum age to buy a ticket was 16. It has never changed. And it’s this age limit than Jane Park has a beef with. The young lady believes she was too young to win a seven-figure sum and wants to see the limit raised to 18.

She won a million when she was 17, and it ‘ruined’ her life, but if she won it 12-months later then she would have been able to handle it?

I see a sizeable hole in her theory.

Park told The Sunday People that she is bored of buying all that materialistic crap and believes Camelot had robbed her of any genuine happiness.

“What is my purpose in life?” Park pondered.

How about Camelot raises the age limit to 42 because I still can’t answer that question.

“I wish I had no money most days,” she told the Sunday People.

I assume most days are Mondays, Tuesdays, Wednesdays, and Thursdays when she is sitting around one of her two homes updating her Facebook status.

Before Park’s win, she was earning £8 per hour as an office temp. I am pretty sure that wasn’t aligned with her meaning & purpose, either.

Camelot reacted with fiery contempt towards Park’s position by reminding her and any future teenage millionaires that they offer all of their winner’s financial advice. Park said she received better financial advice from her family.

It’s also worth remembering that Park chose to go public with her big win when she had the option to keep schtum.

Park will have a few problems getting Camelot to change the age limit. The responsibility for making that decision rests with the Houses of Parliament, and by the time that happens, I will have probably won the lottery myself.