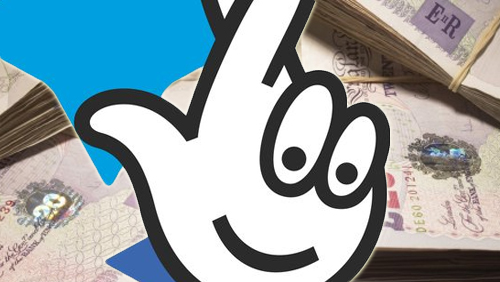 There are 347 National Lottery players who became millionaires in the United Kingdom in 2016 or nearly one millionaire a day.

The record number of National Lottery winners was attained despite the controversial changes to Lotto which saw the number of balls increase from 49 to 59 and the chance of winning the jackpot decrease from one in 14 million to one in 45 million.

“It has been a record-breaking 12 months with more millionaires celebrating with a giant checks than ever before. The National Lottery changes lives, not just of the winners but also for the projects that receive support,”Senior winners’ adviser Andy Carter said. “Thank you to everybody who bought a ticket or scratchcard in 2016 as they have helped to win Olympic medals and support local communities.”

David and Carol Martin from the Scottish Borders, and an anonymous winner shared the National Lottery’s highest jackpot of £66 million (US$81.1 million) on January 9.The largest winner this year was the Davies family syndicate from Monmouth, who shared a EuroMillions jackpot of £61 million (US$74.96 million) in July.

An anonymous ticket-holder, on the other hand, took home the entire £35 million(US$ 43.01 million) jackpot in April.

Camelot also reported that EuroMillions saw a 50 percent increase per line to £2.50 (US$3.07) thanks to changes it made and the introduction of a new Lucky Star number that lowered the chance of winning the jackpot from one in 117 million to one in 140 million.

Traditionally luckiest building profession was stripped off the title of the luckiest profession for this year as cabbies and lorry drivers winning more £1 million-plus prizes.

Manufacturing and sales workers were in joint third position, followed by teachers.

The record month this year was September, when 53 players across all National Lottery game, including GameStore online games and scratchcards, became millionaires.

The total given to good causes across the country increased to £36 billion (US$44.24 billion).