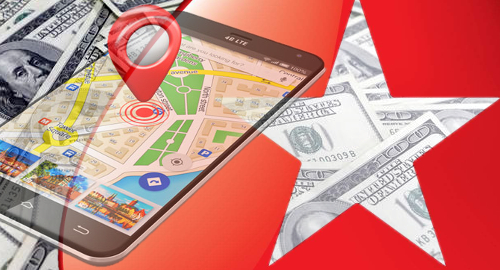 On Wednesday, the New Jersey Division of Gaming Enforcement (DGE) published a January 20 decision detailing how a “software flaw” enabled out-of-state patrons to gamble at PokerStarsNJ.com, in violation of the DGE’s strict intrastate gambling rules.

The DGE said its investigation had revealed that “a limited number” of patrons had been allowed to wager while outside New Jersey’s borders “for a short period of time before a subsequent geolocation check detected such patrons and blocked them from wagering.” The DGE said PokerStars has since deployed an update to its software to remedy the flaw.

The DGE said it found “sufficient legal and factual support” to justify the imposition of a $25k fine on Amaya US Services Ltd., which executed a stipulation of settlement with the DGE.

MARK SCHEINBERG SPENDS SOME MAD(RID) MONEY
In somewhat related news, PokerStars former CEO and co-founder Mark Scheinberg has apparently found a use for the billions he and his father Isai received for selling Stars’ parent company to Amaya in 2014.

According to Spanish media reports, the younger Scheinberg’s Mohari Ltd has paid €225m for a 50% stake in the Canalejas Complex luxury resort project in Madrid. The 50k-square-meter project, which is currently under construction, will feature a Four Seasons hotel, 22 private residences, a high-end shopping center and commercial banking space when it opens in 2018.

Scheinberg’s deal also calls for him to assume 50% of the Canalejas’ project’s debts, which brings the total value of his investment to around €760m. Scheinberg won’t have to go too deep into his pocket to fund the deal, as Amaya paid the Scheinbergs an additional $200m on February 1, part of a deferred $400m payment from the 2014 acquisition, with the final $200m to be paid later this year.