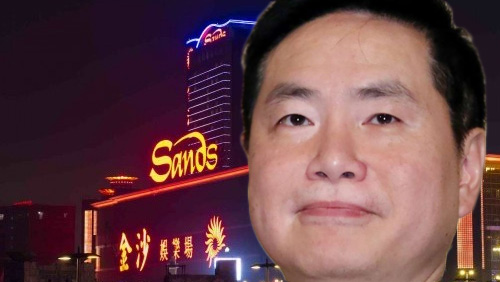 Four months on the job, and one of Sands China’s key executives has already called it quits.

The casino operator declined to reveal the reasons behind Law’s resignation, saying that it “does not comment on the movement of personnel.”

Law, 53, previously worked as finance director of Hong Kong’s MTR Corporation but decided not to renew his contract and instead jumped ship to Sands China in September 2016. During his tenure at MTR Corp, Law has been noted for playing a key role in the Express Rail Link project between Hong Kong, Shenzhen and Guangzhou.

Carruthers previously served as senior vice president for property operations at Sands China. Prior to joining Sands China, Carruthers served as president and chief executive of Asia Pacific Gaming Consultancy and has also worked as a senior executive with Galaxy Entertainment Group Ltd.

“Mr. Carruthers will be responsible for the day-to-day operations of our peninsula property and reports to Ian Michael Coughlan, president of Wynn Macau Ltd.,” the casino operator said, according to the news outlet.

Law and Carruthers are the latest in the long line of high-level corporate movements in the Asian gaming industry in recent months.