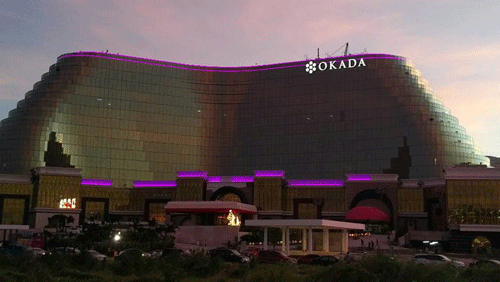 Andrea Domingo, head of the Philippine Amusement and Gaming Corporation (PAGCOR), told the Philippine Daily Inquirer that the sprawling integrated resort “is slated to have its full opening on Feb. 17.”

Okada Manila, developed by Philippines-based Tiger Resort, Leisure and Entertainment Inc., opened its doors to the public last December 21—an event referred to by the venue’s promoter as a “preview period.” The resort launched its casino operations on December 30, after it secured the approval from the state gambling regulator.

At the time, Tiger Resorts said the official opening for the resort will take place at the end of February 2017.

Okada, who is eyeing to list his “casino business” on the Philippine stock exchange in a year’s time, believes the casino will turn a profit in its first year of operation and recoup his total investment within three to five years.