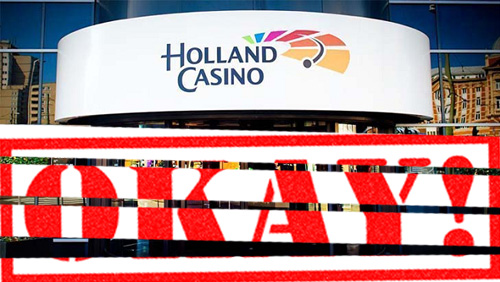 This is a guest contribution by Willem van Oort founder of Gaming in Holland. If you would like to submit a contribution please contact Bill Beatty for submission details. Thank you.

Earlier today, the Dutch Lower House passed a bill that will privatize and split up state-owned Holland Casino. The bill, however, must still pass the Senate before it can be enacted. Holland Casino is currently the openly land-based casino operator in the Netherlands that is allowed to offer live table games, such as roulette, blackjack, and baccarat. Its sale might net the Dutch treasury as much as €1bn.

The bill proposes that Holland Casino’s fourteen individual branches will be split up: ten of these – as of yet, it is unclear which ones – will remain part of Holland Casino. Four will be sold separately, while an additional two land-based casino licenses will be newly created.

Apart from the bill itself, four amendments to the bill passed as well:

#12: The bill and its consequences will be evaluated after five years, instead of the originally proposed seven.

#13: The private party who will acquire the ten branches – and accompanying licenses – of Holland Casino will be not allowed to acquire any of the other six licenses.

#14: During the transitional period when Holland Casino will be split up and sold, the District Court of The Hague will handle all preliminary relief procedures.

#32: Future licensees can be obligated to continue to employ all current employees.

All other amendments failed to pass.

Whereas successful amendments have the force of law, motions are formally non-binding. Still, in most cases the government will grant motions that have been adopted by the Lower House.

In total, eight motions were adopted:

#18: The Netherlands Gaming Authority will be granted the authority to employ so-called “mystery shoppers” to supervise casino operations.

#19: This motion calls upon the government to restrict opportunities for casino operators to operate adjacent leisure facilities, such as hotels or bars.

#20: In another important motion, the Dutch government is once more requested to prohibit sports betting operators from sponsoring individual athletes (as opposed to teams, clubs, or leagues), as well as to institute a prohibition on live betting. These motions were previously adopted during the vote on the remote gaming bill, but subsequently denied by the government.

#22: Casino operators must enter a separate licensing procedure if they want to be able to exchange foreign currencies.

#23: The Netherlands Gaming Authority will be required to consult with law enforcement before being allowed to issue a land-based casino license.

#24: All casino employees at key positions must be issued with a certificate of conduct.

#27: Casino operators are not allowed to offer bonuses or loyalty programs.

By and large, the adoption of this bill is a significant victory for the liberalization of gambling in the Netherlands. However, the bill must still pass the Senate, which will almost certainly not happen before the Lower House elections of March 2017. It is thus not entirely unthinkable – depending on the next government – that further consideration of the bill will delayed or even indefinitely postponed.

While the bill itself is an important step in the right direction, several (formally non-binding) motions could have a negative impact on the land-based  (#19, #27) as well as wider (#20) gambling industry in the Netherlands.

Nonetheless, progress has undoubtedly been made.

Gaming consultant Willem van Oort is the founder of Gaming in Holland, the leading iGaming community in the Netherlands.