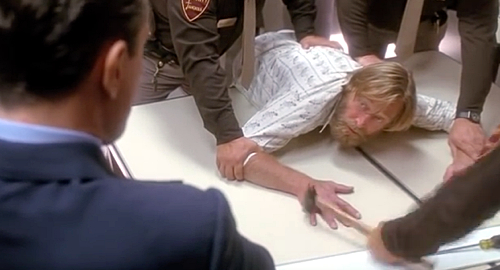 In the first case, a pair of shysters were sentenced to five years of probation and ordered to repay the nearly $40k in ill-gotten winnings their antics stole from the JACK Casino in Cleveland, which is run by the Detroit-based company formerly known as Rock Gaming.

Lonnie Bridges and Kenneth Young were convicted in December on felony gambling charges following a July 2015 run of suspiciously good luck at the casino’s craps tables that netted them $39,200.

Each of the men took turns as the thrower, while the other, along with an unidentified co-conspirator, would distract the croupier by making a flurry of last-minute complex wagers on a specific number. At the same time, the thrower would position the dice in his hand with specific numbers facing upward and ‘slide’ the dice across the table so they came to a stop showing the same numbers.

The accused kept up this charade over several hours, and appeared to be growing bolder, as their final throw netted them $18k. By this point, suspicion was mounting, and the trio fled when a casino employee went to contact security, but Bridges and Young were caught. On Monday a judge ordered the pair to repay their stolen winnings, but spared them jail time, instead sentencing each man to five years of probation.

Those clowns got off lucky compared to Lalit Kumar Taneja, who tried to cheat Las Vegas Sands’ Pennsylvania casino Sands Bethlehem out of $2,100. Taneja bet the sum at the casino’s roulette wheel, but kept his hands over the chips until he realized that his number wasn’t coming up, upon which he pulled his chips off the table.

The ham-fisted effort didn’t go unnoticed by the casino’s eye in the sky, and Taneja admitted his guilt when confronted by casino security and forked over the $2,100. But Taneja was charged with knowingly attempting to reduce a loss through a trick or fraud, a charge which carries a mandatory $75k fine. Taneja, a native of India, was also slapped with five years of probation and is forbidden from ever again crossing Sands Bethlehem’s threshold.

VICI Properties is on top of its game, and the industry
Erik Gibbs
29 October 2019