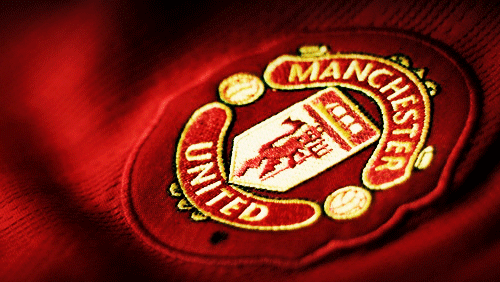 Man Utd returns to Wembley for the second successive year, and only Southampton stand in their way of English Football League Cup success after victories over Hull and Liverpool respectively.

Manchester United and Southampton will square off in a Wembley showpiece for the first time since 1976 as they brushed aside Hull and Liverpool, respectively, in their two-legged semi-finals.

United is the 10/11 favourite to win their second piece of silverware in consecutive years, but so were they back in 76 when the Second Division side pulled off one of the great FA Cup Final shocks thanks to a Bobby Stokes goal seven minutes from time.

Southampton is a stronger outfit these days, and had the most difficult semi-final tie between the two teams, but made it look the easiest. Claude Puel’s men faced a Liverpool side who are the Premier League top scorers with 51 goals, but they couldn’t find the net once in their two legs.

Nathan Redmond gave Southampton a 1-0 lead at St Mary’s a fortnight ago. And although Liverpool had the lion share of possession, it was a miserable night at Anfield as Southampton, who, minus the influential Virgil Van Dijk and Jose Fonte, ceiled the floodgates and didn’t let in as much as a trickle. Shane Long put the argument beyond any doubt with an injury time winner.

It was a beautiful moment for Southampton fans. Their side has been one of the impressive successes in the Premier League over recent years, with nothing except higher and higher finishes in the Premier League table to show for it. Now they have a chance to scream their guts out in a Wembley showpiece, and they still haven’t conceded a single goal in this competition.

It’s been 38-years since Southampton appeared in a Wembley Final. It will be the second appearance in two years for United. Last year, Louis Van Gaal delivered United’s first piece of silverware since Sir Alex Ferguson’s departure left United in the doldrums. Jose Mourinho will be hoping to repeat that feat come February.

United went into their second leg against Hull as massive favourites after their 2-0 win at Old Trafford. But Hull is improving under the stewardship of their own Portuguese boss, Marco Silva, and they frightened the life out of their upstart visitors.

After the match, Jose Mourinho said that he only saw two goals in the KCOM clash – there were three. The one he ‘didn’t see’ was the opener when referee Jon Moss decided he would be the star of the show. It was the 35th minute when Moss pointed to the spot after Harry Maguire fell over his shoelaces in a race to get to the ball with Marcus Rojo. Tom Huddlestone stepped up to put Hull 1-0 ahead.

Hull was good value for their lead, but they never capitalised when they had most of the ball by scoring that second goal. Then United made them pay in the 66th minute when Paul Pogba maintained United’s two-goal lead after finishing off a great United move. Oumar Niasse gave the Reds a sweat with Hull’s second goal in the 85th minute, finishing off a sweeping move, to put the Tigers 2-1 ahead, but United held on to go through 3-2 on aggregate.

Hull will be disappointed not to reach Wembley, but they must take the positives out of a win that nobody else has managed in the past 18-matches. For United, it’s another sign that they are slowly finding the path that Sir Alex one had them on. Jose Mourinho has won this trophy three times. The bookmakers believe he will make it number four.

The final will be played on Sunday, 26 February.