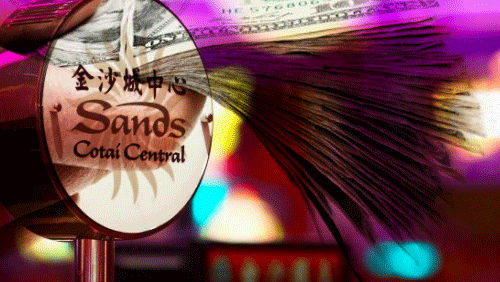 Sands China may be late in the “bonus” game, but it is making sure that it’s worth the wait.

On Thursday, the Macau casino operator announced that it is giving not just a pay raise, but also a special bonus to eligible staff, GGRAsia reported.

In its announcement, Sands China said eligible full-time employees will receive a salary increase by an average of 2 percent to 6 percent starting March 1. Eligible full-time employees earning up to MOP12,000 (USD1,500) per month—representing about 5 percent of the company’s workforce—will receive a pay increase of MOP600 per month, the company said. Employees earning more than MOP12,000 per month will receive between 2 percent to 2.5 percent average increment.

Sands China currently has about 28,000 employees, and an insider said “the pay rise would cover nearly all of the firm’s workforce,” according to the news outlet.

“Although faced with a challenging and competitive business environment, Sands China offered a salary increase last year,” Wilfred Wong Ying Wai, president of Sands China, said in a statement. “This year, we would like to share the successes of 2016 by offering a salary increment and bonus for eligible team members to express our gratitude for their teamwork and dedication to the company.”

Sands China is the last of the Macau casino operators to announce a staff bonus for this year.

Last week, casino developer and operator Melco Crown Entertainment Ltd said it is giving a “one-month discretionary bonus” for its non-management staff. Wynn Macau also confirmed it is giving a “winter bonus,” equivalent to one month’s salary, to employees who have served at least six months of service up to December 31, 2016. SJM Holdings also announced the continuation of its yearly “living subsidy,” which is equivalent to either one-and-a-half months of annual pay or two months of pay, depending on the worker’s salary grade.