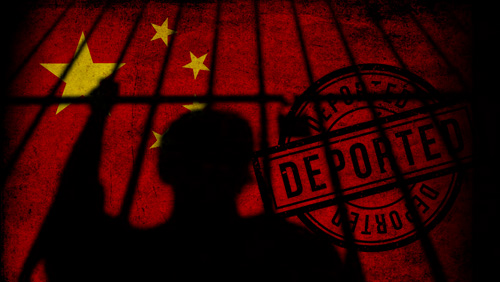 Philippine immigration authorities have started deporting more than a thousand undocumented Chinese nationals who were found to be working for Jack Lam’s illegal online gambling operations in the country.

In November, a total of 1,316 Chinese nationals were rounded up during a raid at Fontana Leisure Parks and Casino in Clark Freeport, Pampanga. So far, the Bureau of Immigration said it has sent home 259 of the Chinese nationals in several batches since December 20, The Philippine Daily Inquirer reported.

Atty. Ma. Antonette Mangrobang, spokesperson for the bureau, told the news outlet that the remaining 1,000-plus Chinese workers will also be sent home “as soon as possible.”

“All of them have deportation orders already,” Mangrobang said, but pointed out that speed of the deportations depends on how soon the Chinese nationals can get a ticket to fly home. The Chinese workers are also required to secure clearances from the National Bureau of Investigation to prove they do not have pending criminal cases in the Philippines.

The Chinese nationals are facing charges of overstaying, working in violation of the limitations and conditions of their visa, as well as engaging in an unlicensed online gaming business. However, 39 of the arrested workers are claiming to be victims of illegal recruitment in China.

Lawyer Jonathan Sarte, who represents the 39 Chinese nationals, told Department of Justice prosecutors that they were promised jobs at a call center. According to a Philippine Star report, some of the respondents were minors using tourist visas when they arrived in the country—they were already in Manila when they turned 18.

“When they arrived they did not know it was an online gambling,” Sarte told the panel, adding that his clients were not aware if the posh resort had a gambling permit. “They were not in a position to know that because they were just employed by the company who runs the online gambling.”

Meanwhile, Sen. Richard Gordon has scheduled a Senate investigation into the alleged bribery scandal involving Lam and several Bureau of Immigration officials. Lam, who fled the country in late November, has been linked to Wally Sombero, a former police superintendent and proclaimed liaison between gaming and political figures. Sombero was caught on video handing immigration officials $1 million cash allegedly to obtain the release of the arrested Chinese workers.