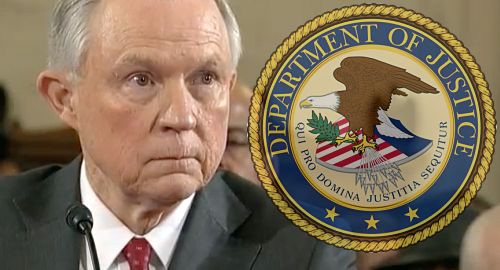 United States President-Elect Donald Trump’s pick for US Attorney General claims he was “shocked” by the US Department of Justice’s approval of intrastate online gambling in 2011.

On Tuesday, Sen. Jeff Sessions (R-AL) faced grilling by the Senate committee tasked with vetting his appointment as the nation’s top law enforcement official. For the online gambling industry, questions remain as to how much of a priority Sessions (pictured) intends to place on curbing expansion of online gambling at either the state or federal level.

Sen. Lindsey Graham (R-SC), a vocal proponent of the anti-online legislation supported by Las Vegas Sands’ boss Sheldon Adelson, raised the issue on Tuesday, asking Sessions about his reaction to the 2011 DOJ opinion that paved the way for US states to authorize online gambling within their borders.

Sessions told Graham that he was “shocked” by the DOJ’s view that the 1961 Wire Act prohibited only online sports betting. Sessions said he “did oppose [the 2011 opinion] when it happened, and it seemed to me to be unusual.”

Sessions went on to say that he “would revisit [the 2011 opinion] and I would make a decision about it based on careful study.” However, Sessions added that he hadn’t “gone that far to give you an opinion today.”

While there appears to be little appetite in the current Congress to pass anti-online gambling legislation, the DOJ opinion could swiftly be undone by a fresh opinion by the new DOJ administration, effectively rolling back all progress to date on the US online gambling front.

There are currently three US states – Delaware, Nevada and New Jersey – that have authorized intrastate online gambling, while other states, most notably Pennsylvania, are on the cusp of approving their own regimes. Several other states – Georgia, Illinois, Kentucky and Michigan – have authorized some forms of online lottery sales, which was the original focus of the 2011 DOJ opinion.

While Adelson was a major financial supporter of Trump’s campaign as well as the campaigns of Republican members of the House and Senate, Trump has essentially thrown out the traditional playbook, making it anyone’s guess as to how Trump views his responsibility to reciprocate Adelson’s largesse.

Should Trump authorize Sessions to go to war against online gambling, the fight will inevitably end up in the courts, as the states that have already authorized online gambling will fight to maintain their current systems, or at least, to force the federal government to pay the not insignificant compensation claims that state-licensed online gambling technology firms would file in the wake of any federal cease & desist order.