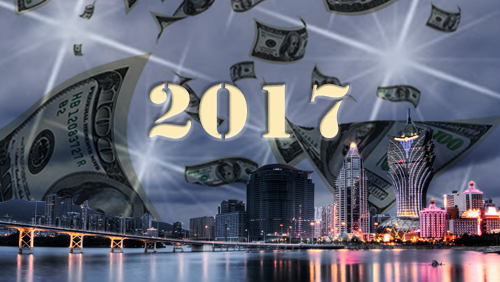 The South China Morning Post reported that the brokerage firm has raised its for Macau Gross gaming revenue (GGR) growth in 2017 to 10 percent in 2017 from its previous estimate of 2 percent.

In its recent note, Morgan Stanley equity analysts Praveen Choudhary and Alex Poon pointed out that the opening of Wynn Palace and Sands China is expected to continue driving revenue growth and EBITDA in the first half of 2017.

“We believe the Macau cycle has turned and 2017 could show 10 per cent GGR and 13 per cent EBITDA growth, the first in four years,” the Morgan Stanley analysts said. “And we see both mass and VIP growth tracking better than expected.”

Aside from new casino openings, Morgan Stanley noted that improved infrastructure will support the influx of mass gaming players to the world’s premier gaming hub.

Infrastructure improvements in Macau will be seen in coming years. The Taipa Ferry Terminal is expected to be completed in the first half of 2017, while the Guangzhou Rail Link extension to Hengqin and Hong Kong-Zhuhai-Macau Bridge are expected in 2018, and Macau light rail in 2019.

With these infrastructure projects, they expect mass market revenue can sustain high single-digit growth in the medium term driven.

Although positive estimate revisions could continue in the near future, Morgan Stanley warned of risks from further Chinese government crackdowns on graft.

“We believe the Chinese government will continue to monitor capital outflows and tighten when necessary,” said Choudhary. The fall in China’s foreign exchange reserves accelerated in November, shrinking by US$69.1 billion to US$ 3.052 trillion, the largest monthly drop since January, according to data released by the People’s Bank of China,” the analysts said. “Meaningful depreciation in Chinese yuan against the US dollar could hamper Macau spending per capita, affecting both VIP and premium mass [markets], and also triggering more capital outflow control measures.”

“We believe the combination of about 30 per cent forecast ebitda growth in 2017 and 4.5 per cent dividend yield for full year 2016 will drive Wynn Macau to outperform in 2017,” the analysts said.