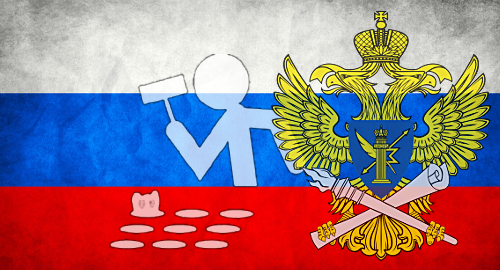 Russia’s telecom watchdog agency is celebrating what it claims is a successful campaign against unauthorized online gambling sites, although its claims actually undercut its argument.

Figures released last week by the Roskomnadzor agency showed that it had identified nearly 87k website domains in 2016 that were in violation of various Russian laws, triple the number of domains so identified in 2015.

Of 2016’s offenders, around 52k were ordered offline by Roskomnadzor, while a further 34.5k were taken down by network operators without the agency having to crack the whip.

Some 15,900 sites were flagged by the Federal Tax Service (FTS) for offering prohibited online gambling services. Of these unwanted online gambling domains, 12,561 (79%) were subsequently blocked by the agency, second only to “extremist materials” in the 22 categories of unauthorized data tracked by Roskomnadzor.

Roskomnadzor said it received 127k reports of illicit online material from the censorious Russian public, a 30% rise from the number of reports the official fink line received in 2015. About 40k of the tips were later rejected after Roskomndazor investigated the supposed illegality of the reported sites.

The fink line appears to have grown in popularity as the year progressed. In Q1, the agency received 2,769 tips regarding online gambling sites, but the volume of calls rose to over 7k in Q2. Online gambling sites ranked third on the list of complaints, behind only drug trafficking and child pornography.

Russian politicians recently vowed to beef up Roskomnadzor’s ability to combat illicit operators, which typically launch mirror sites within hours of the agency blocking a domain. In November, Duma legislators proposed allowing Roskomnadzor to automate its processes to “auto lock” domains based on their digital connections to previously blocked sites.