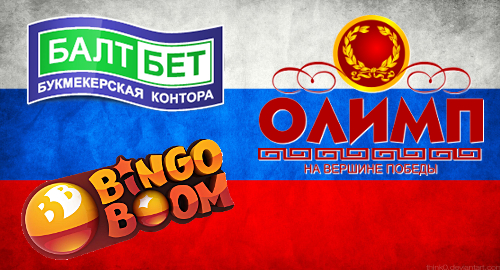 Earlier this week, Russia’s second largest retail bookie BaltBet announced that it hopes to end the closed beta testing of its new Baltbet.ru website on December 26 and begin accepting online wagers by either December 28 or 29, although the official launch could be pushed to the first or second week of January if unforeseen problems arise.

Makarov said Bingo Boom was currently testing its connection to the TSUPIS centralized payment hub operated by the Bookmakers Self-Regulatory Organization (SRO), of which both Bingo Boom and Baltbet are members.

Another Bookmakers SRO member, Olympus, also announced this week that it has connected its Bkolimpbet.ru site to the group’s TSUPIS hub, which is operated by KIWI Bank, the Russian subsidiary of online payment processor QIWI.

A rival betting operator group, the First SRO of Russian Bookmakers, has its own TSUPIS, to which Liga Stavok, Winline, 888.ru and 1xStavka have already connected.

Last week, First TSUPIS chairman Anton Rozhkovsky said they’d already taken 540k registrations, or which 60k were making monthly payments to fund their betting activity. Championat.com quoted Rozhkovsky saying 89% of registrants were male, while 53% were between 18 and 25 years old and another 40% between 25 and 40 years.

Rozhkovsky said the First TSUPIS was preparing a pilot program that aims to allow registrations not only from Russian citizens but from foreign nationals residing in Russia. Like Russian punters, these foreign nationals will have to complete their TSUPIS registration by presenting proof of their Russian residency in person at a Mobile Map retail location in order to qualify. Rozhkovsky said the system was already being tested at 1xStavka and other bookies are expected to add the functionality in 2017.