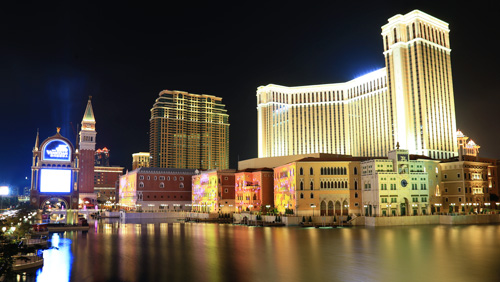 Hotels in Macau’s casino resorts posted a 91.6 percent occupancy rate despite the surge of hotel room supply in the Asia’s premier gaming hub.

A local, three-star hotel posted a 96.5 occupancy rate – the highest of all hotels in Macau. According to the data, it is a 6.3 percent increase compared to 90.2 per cent registered in the same month last year.

However, 5-star hotels saw the greatest annual growth, up 7.4 percentage points to 90.1 per cent, compared to 82.7 per cent in November last year.

For 4-star hotels, the occupancy rate was 93 per cent, posting an increase of 5.2 percentage points year-on-year.

“While in 2012-2014, the weekday business was dominated by junket business with largely day-tripper mass mixed in… weekend business was all the people coming on vacation (mass players), premium mass and VIP players,” Sanford Bernstein analysts Vitaly Umansky, Zhen Gong and Yang Xie said in their Friday document. “Currently, almost all the mass [market] recovery has come from play on weekends and holidays. Operators will need more hotel capacity and at some point in the future [more] gaming capacity.”

The MGTO data, also based on information provided by the Macau Hotel Association, includes 42 hotels in the city in the 3-star to 5-star range.

The average hotel occupancy rate for the first eleven months of the year slightly increased by 1.6 percentage points against last year’s data. In January to November period, five-star hotels eked out a 1.3 percent increase, year-on-year.

On the other hand, the general price of local hotel rooms dropped 13.1 per cent year-on-year for the first eleven months of 2016.