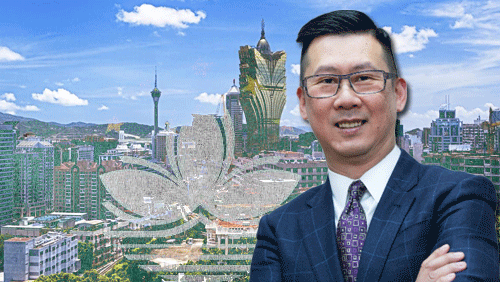 Macau’s gross gaming revenue (GGR) will continue to track an upward trajectory in 2017 on the back of mass-market gamblers and the government’s tighter regulations on risky bettors, Macau’s casino regulator said.

Paulo Chan, director of the Gaming Inspection and Coordination Bureau (DICJ), painted a rosy picture for Macau as he credited the stricter regulations that the government implemented concerning junket operators, money laundering and phone betting this year.

But Chan was cautious in giving an estimate on Macau’s 2017 GGR, which he pegged at MOP200 billion ($25 billion). The estimate was the same amount that the casino regulator projected for 2016 and 13 percent below the estimates of five analysts surveyed by Bloomberg.

Chan said he has taken into account the slowing Chinese economy, a depreciating yuan and the uncertainties of a new U.S. presidential administration in giving his GGR forecast.

“Gaming revenue is expected to see stable development next year, and hopefully go upward,” Chan told Bloomberg in an interview at his office. “Macau has started to see healthy and sustainable growth.”

The former Portuguese enclave watched its GGR nosedive for the past two years as a result of China’s corruption crackdown. To stanch the financial bleeding, casino operators shifted its operations from VIP segments to attracting more families and casual gamblers.

“After gaming revenue slumped for more than 20 months, the industry has learned the importance of healthy development,” Chan said. “We will continue to prescribe in the current direction. It doesn’t seem necessary for a heavier dose of medicine.”

Alex Bumazhny, Senior Director, U.S. Corporates of Fitch Ratings, said that Macau’s economy is steadily recovering from its slump, albeit at a slower pace. The agency sees Macau’s gaming revenues to slide 4 per cent in 2016 before rebounding to mid-single-digit growth in 2017.

Sophie Lyn, a credit analyst of S&P, predicts that the mass-market segment will account for about 50 per cent of total gaming revenue in 2017, up from 47 per cent in the first nine months in 2016.

Although China’s ongoing anti-corruption campaign remains a potential risk for the casino industry, Lin pointed out that Macau was shifting from VIP driven to mass-market driven growth which is less sensitive to regulations.