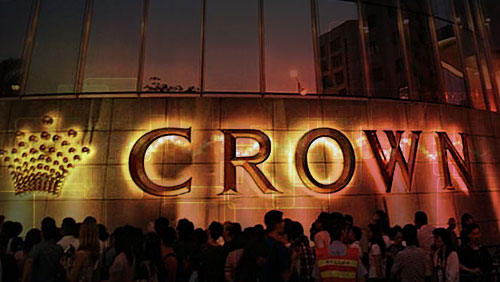 Crown Resorts has put the demerger of its Australian and overseas gaming empires on the backburner in the light of the arrests of 18 Crown staffers in Asia.

Australian Financial Review reported that Crown, in which billionaire James Packer’s holding company has a majority stake, has paused its plans to create a separately listed holding company for certain international assets.

The decision to put the demerger on-hold, according to the report, may have something to do with the arrest of 18 Crown staffers in China, which have impinged on the number of VIP gamblers flocking to Australia.

Analysts believe that Crown will wait for the waters to settle before it resumes the process of breaking up the businesses.

In June, the Australia-listed casino and hotels group has announced plans to carve out some of its international investments and explore a potential IPO of some of its Australian property interests.

Crown Resorts planned to create a separately listed holding company that would include its 27.4% stake in Melco Crown Entertainment, which operates casinos in Macau and Manila.

The new company will also include Crown’s stake in the Alon development site in Las Vegas, its 50% stake in UK casino operator Aspers, its $22.5m investment in US casino operator Caesars Entertainment and its 20% stake in high-end restaurant chain Nobu.

Following the demerger, Crown would retain ownership of its four existing Aussie casinos and the in-development Crown Sydney, as well as its wagering and online betting businesses, which include CrownBet, Betfair Australasia and the DGN Games social gaming division.

In a related news, the Victorian government has come under fire for allegedly excluding the Crown casino from a review of how regulations could be tightened to better protect problem gamblers.

Charles Livingstone, a leading poker machine researcher, has accused the Victorian government of shielding Crown from gambling regulations, saying that many of the gambling measures under review do not apply to the Melbourne casino.

It would be recalled that the state government called for community and gambling industry feedback as part of a review of existing regulations, including restrictions on 24-hour gaming, cash withdrawal limits, limits on note acceptors, auto-play facilities, and spin rates and maximum bet limits for gaming machines.

Livingstone said that “by and large casinos haven’t been bound by many of the measures aimed at pubs and clubs.”

“The review also needs to look at the processes around electronic gaming machine approval,” he said. “This is an inflexible and ill-defined process with no guidelines, and is very industry friendly, with 94% of applications approved between 2007 and 2014. Leaving that out will annoy the local governments, who want it changed.”