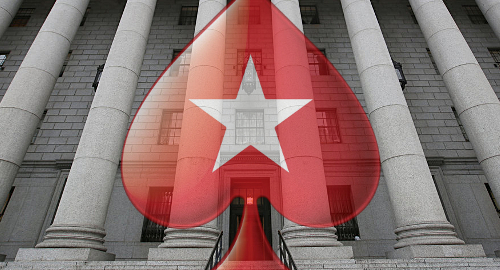 Former PokerStars exec Paul Tate has dodged jail time for his role in the events that precipitated the Black Friday online poker indictments.

On Monday, Tate appeared in a Manhattan federal court, where US District Judge Lewis Kaplan ordered Stars’ former payments director to forfeit $119k but spared Tate from having to spend any time behind bars.

Tate, one of 11 individuals indicted by the US Department of Justice on April 15, 2011, was facing up to five years in prison for helping PokerStars disguise online poker payments as non-gambling transactions to circumvent the 2006 Unlawful Internet Gambling Enforcement Act, which prohibited US financial institutions from processing online gambling transactions.

But Kaplan took it easy on Tate due to the exec having willingly left the safety of the Isle of Man to return to US shores and face his accusers. The 42-year-old Tate appeared in the same court last month where he pled guilty to operating an illegal gambling business and claimed that he and his family had “paid a heavy price” for his actions.

Reuters quoted Kaplan observing that Tate could have continued to hide out on the Isle of Man, given that his crimes weren’t extradition-worthy. As such, Kaplan said Tate deserved “a world of credit for coming to face the music.” A contrite Tate said he very much regretted the choices he’d made.

Tate’s sentence closes the door on all but two of the 11 Black Friday defendants. PokerStars founder Isai Scheinberg has yet to see the benefits of willingly returning to the US, perhaps because he sold the company to Amaya Gaming for $4.9b in 2014, and thus he really doesn’t need anyone giving him credit.

The other ‘at large’ figure is Scott Tom, founder of Absolute Poker. Unlike Scheinberg’s PokerStars, Absolute Poker didn’t survive beyond Black Friday as the DOJ’s enforcement action exposed the fact that the company didn’t have the money to pay its players.