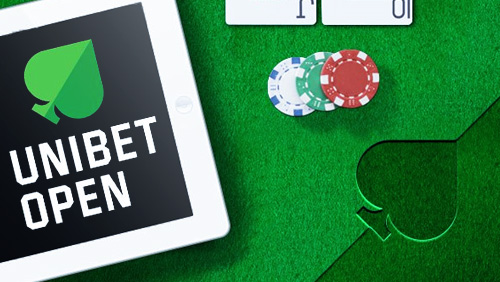 Stockholm-listed online gambling company, Unibet, will launch their proprietary Unibet Poker 2.0 software on Dec 1, as part of their biggest promotion to date.


After a hop, skip and a jump, Unibet Poker 2.0 will hit the market on December 1, 2016, accompanied by the biggest promotion in the Swedish operator’s history.

The ‘fastest growing online poker room in the world’ unveiled the new proprietary software in a personal media showing at the Unibet Open, Copenhagen back in August. Once again the team had

linked arms with Relax Gaming to create a one of a kind poker experience, only this time much better.

Then came a hiccup as the team delayed the launch until December 1, 2016, in a bid to iron out the last few crinkles hoping to offer their customers a seamless experience.

It’s time to find out how seamless it is.

Unibet is so excited about the new look Unibet Poker 2.0 they have gone a little nuts. The new software will arrive accompanied by the ‘Around The World’ promotion promising to hand out €250,000 in pre-Christmas goodies.

The star prize will be two tickets for a 28-day around the world trip with the winners flying business class and taking in the Seven Wonders of the World. Unibet values the entire package at €35k+.

In addition to the Phileas Fogg style first prize, 33 players will win trips of a lifetime. A thousand other players will win a series of goodies that include live tickets to the Unibet Open Main Event where they will play their poker under the watchful eye of the Unibet Tournament Director, and former World Series of Poker November Nine member, Kenny Hallaert.

Unibet Poker 2.0 brings you a brand new hand replayer, a new and exciting gamification experience with integrated missions and a new loyalty scheme, improved graphics, improved multi-table options on tablet and mobile and a lot of under the hood stuff designed to make your Unibet poker experience a happy one.

The new software launch comes on the heels of a Q3 performance that saw Unibet generate revenue of £142.3m, a 65% boost year-on-year.