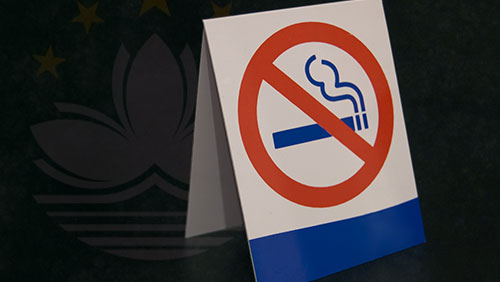 In a statement released on Friday, Macau’s Health Bureau has dismissed the complaints against Sands China and MGM, saying that the two casino operators were found not guilty of breaches to the city’s anti-smoking law in two separate cases.

Though there was one gambler caught smoking in a non-smoking area, the bureau said the casino operators did not violate any laws. The gambler was, however, slapped with a hefty fine, according to the health agency.

A quick recap: In 2014, the government introduced a partial smoking ban that restricted smoking on casino main floors in the city state to airport-style enclosed smoking lounges away from gaming tables or slot machines. Smoking cigarettes in VIP rooms, meanwhile, are still allowed.

As of May this year, the government’s Health Bureau has already approved 86 out of 155 requests for smoking lounges it received since two years ago—27 of which were registered casinos that have been allowed at least one smoking lounge each

Last July, Macau’s Health Bureau announced that the agency has rounded up a total of 9 individuals caught smoking in unauthorized areas inside the MGM casino. The violators were slapped with fines by health authorities.

The raid was conducted after MGM China was accused by its workers of setting up smoking zones in gaming areas earmarked for non-smoking activities. Initial assessment made by the health agency showed that MGM Macau to comply with the city’s rules on smoking in public places. The health team noticed that the hotel didn’t have ‘no smoking’ signs in some areas inside its casino.

In the case of Sands China, complaints included the alleged conversion of two segments of the mass-market floor of the Venetian Macao into VIP areas to allow smoking and gambling inside them.

But after a four-month investigation conducted by the Health Bureau and the City’s casino regulator, both casino operators were found to be compliant of the smoking law.