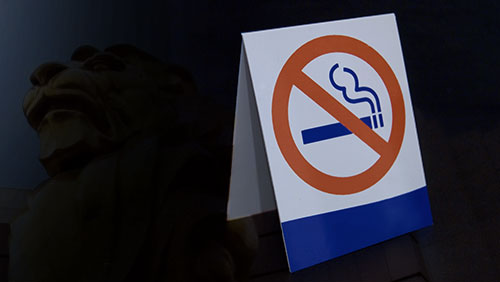 In a press statement, Macau’s Health Bureau announced that the agency has rounded up a total of 9 individuals caught smoking in unauthorized areas inside the casino. The violators were slapped with fines by health authorities.

But what concerns the Health Bureau even more was the fact that MGM Macau, which is operated by MGM China Holdings, Ltd., failed to comply with the city’s rules on smoking in public places. The health team noticed that the hotel didn’t have ‘no smoking’ signs in some areas inside its casino

“During the inspection it was noticed that some areas within the casino did not have the ‘no smoking’ signs required under the existing regulations,” said the Health Bureau. The bureau stated it has issued an official notification and that it would be following up the case.

The inspection inside MGM Macau stemmed from a complaint made by a local labor group, which blew the whistle on the supposed existence of “multi-function rooms” where customers were allegedly being allowed to smoke.

The Health Bureau statement did not mention if the bureau would be suggesting any penalties to MGM Macau.

The Macau government has banned smoking on casino mass floors in October 2014. It, however, gave exemptions for tobacco use in enclosed smoking lounges situated on some casino mass-market floors. Having a cigarette while gambling is at present still allowed in VIP rooms.

In June 2015, the special administrative region’s government posted a notice to its official website affirming its commitment to ending all smoking in Macau casinos. The plan mirrors Beijing’s efforts to reduce smoking in public places on the mainland to reduce health costs associated with the country’s 300m smokers.

Meanwhile, statistics showed that a total of 277 people has been fined in Macau in the first six months of 2016 for smoking in non-designated areas inside the city’s casinos.