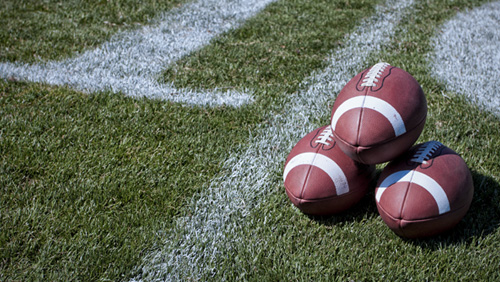 Russell Wilson and the Seattle Seahawks have to buck a trend along with avoiding falling prey to the Buffalo Bills’ lethal pass rush in order to pick up the win and cover in the Monday Night Football matchup. The Seahawks are just 1-3 against the spread in their last four home games as a favorite of 7.5 or fewer points.

Odds courtesy of OddsShark.com
The Buffalo Bills are +7(-115) underdogs to the Seattle Seahawks -7(-105). If you’re betting on the moneyline, the Seahawks are -280 favorites and the Bills are paying out +240. The game total is set at 44.

The Seahawks are 4-2-1 straight-up and 3-4 ATS this season. Wilson, who due to injuries has become more of a classic pocket passer, has been keeping the Seahawks afloat offensively in spite of being encumbered by the NFL’s 28th-ranked rushing attack.

The Seahawks’ pass protection has tightened up with only two sacks allowed in as many games, but the offensive line has to contain Bills OLB Lorenzo Alexander and a pass rush with an NFL-most 26 sacks (tied with the Denver Broncos).

When quarterbacks get time, though, the Bills are allowing 8.0 yards per pass (fifth-worst in the NFL prior to the Thursday game). There should be opportunity for WR Doug Baldwin and TE Jimmy Graham to make plays.

Seattle, which will be at home for the first time since Week 6, is 12-2 SU in their last 14 home games after consecutive road games.

Buffalo is 4-4 both SU and ATS, including wins against the other three NFC West teams. The big question for Buffalo is whether QB Tyrod Taylor will be complemented by any skill-position talent. In the rushing phase, LeSean McCoy (hamstring) is back for a matchup between the Bills’ prolific ground game (NFL-best 5.5-yard average) and the Bobby Wagner-led Seahawks run defense that gives up only 3.4 yards per attempt.

The Bills are 8-3 ATS in their last 11 games as an underdog of 7.5 or fewer points, but are depleted at wide receiver with Robert Woods (foot) hobbled and both Marquise Goodwin and Brandon Tate newly removed from concussion protocol. Ex-Seahawk Percy Harvin has come out of retirement to rejoin the Bills, but it might be tough for him to make an immediate impact.

Whoever lines up out wide for Buffalo has to contend with CBs Jeremy Lane and Richard Sherman.