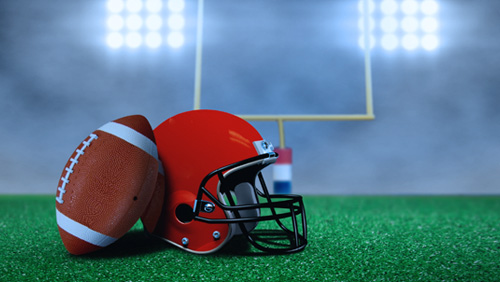 Matt Ryan and the Atlanta Falcons’ NFL-leading offense are up against a Tampa Bay Buccaneers team which was torched for 513 passing yards in its last outing.

Atlanta is listed as the four-point favorite against Tampa Bay with a total of 51.5 in the Thursday Night Football betting matchup. The Falcons are the -200 favorite on the moneyline, with the Buccaneers at +170.

While the Falcons lead the NFC South and are 5-3 straight-up and against the spread this season, they still face skepticism. That stems from the Falcons being 2-6 SU and 1-7 ATS in their last eight games as a favorite of four or fewer points. Atlanta is also 3-0 SU when Julio Jones has fewer than four receptions, so Ryan will have other outlets if CB Brent Grimes and Tampa Bay’s pass defense takes away his best receiver.

Atlanta struggled in the rushing phase in a Week 1 loss against Tampa Bay, since they weren’t able to contain Tampa Bay MLB Kwon Alexander. Getting a body – FB Patrick DiMarco, RG Chris Chester, LG Andy Levitre – on Alexander is essential to opening holes for RBs Devonta Freeman and Terron Ward. Both RB Tevin Coleman and TE Jacob Tamme are out.

The Buccaneers, who are 3-4 SU and ATS, are catching one break since pass-rushing DE Dwight Freeney (quadriceps) is out. Second-year QB Jameis Winston was not sacked when he passed for 281 yards in Tampa Bay’s Week 1 win against Atlanta. The Buccaneers are 1-9 SU in their last 10 games versus teams with winning records. Their chances of an upset might rest on primary WR Mike Evans catching some deep balls over CB Desmond Trufant.

Tampa Bay’s running game by committee is averaging only 3.9 yards per carry and it appears relatively unknown Antone Smith will get most of the carries. The Buccaneers have lost only one fumble, but Falcons OLB Vic Beasley excels at creating turnovers with big hits. As the less explosive team, Tampa Bay can ill afford to have any turnovers.