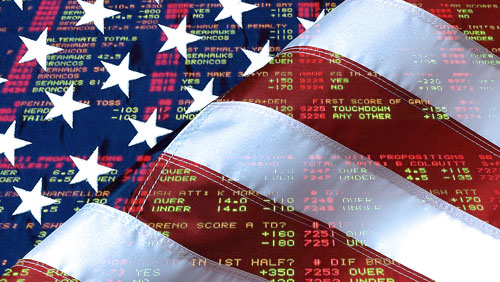 More Americans are now in favor of legalized sports betting despite their worries about the effects of gambling on individuals and families.

A poll conducted by the Farleigh Dickinson University PublicMind showed that nearly three out of five Americans or 48 percent supports legalized sports betting simply because many people are already engaged in the gambling platform.

Out of the 1,019 adults surveyed by the pollster nationwide, 39 percent are opposed to plans to change the federal law to make sports betting legal throughout the country. The poll has a margin of error of plus or minus 3.8 percentage points.

“Betting on sports does not have an access issue for anyone in the United States,” Donald Hoover, senior lecturer at the university’s International School of Hospitality and Tourism Management, said, according to the Seattle Times. “Most of the sports betting in the U.S. is fairly easy to do, but happens in the shadows and in violation of federal law.”

The poll result came out as New Jersey made another push to legalize sports betting in the state after a string of setbacks for the last eight years. Last week, New Jersey Assemblymen Ralph Caputo and John Burzichelli filed A4303 – also known as ‘nuclear option’ bill – which would remove and repeal all of the state’s prohibitions on betting on pro, college or amateur sporting events.

There were at least 35 percent of the respondents who thinks that legalized sports betting would result in increased revenue for the state (39 percent).

Opponents of legalized betting, on the other hand, are concerned that it may foster gambling addiction (55 percent); the potential involvement of organized crime (22 percent) and concerns about the perceived integrity of the games (16 percent).

Although people are more supportive of legalized sports betting, the poll shows that they don’t necessarily want more casinos. At least 68 percent say the U.S. currently has enough casinos, compared to 16 percent who want fewer casinos and 11 percent who want more.

“The public is divided on this issue, and it looks like the reasons behind the division stem from the age-old difficulty of reconciling the competing pulls of money and morality,” Krista Jenkins, a professor of political science and the poll’s director, said, according to the news agency. “People are clearly worried about the effects of gambling on individuals and their families, but also aware of the benefits that come from more money for the state from something that people are already doing.”