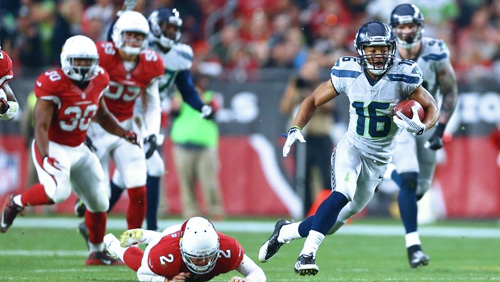 It is not surprising that the Arizona Cardinals are drawing faint praise from oddsmakers, given how Russell Wilson and the Seattle Seahawks have performed at University of Phoenix Stadium recently. The Cardinals are listed as the two-point favorite against the Seahawks with a 43.5-point total for their Sunday Night Football matchup.

The Seahawks, who are 4-1 straight-up and 3-2 against the spread this season, are also 3-0 SU and 3-0 ATS in their last three road games against the Cardinals. Wilson is capable of carrying his team offensively, but his offensive line is occasionally leaky and might be unable to thwart Cardinals pass rushers such as OLB Chandler Jones and OLB Markus Golden.

Seattle is 7-2 SU in their last nine road games. The Seahawks won’t have blocking TE Luke Willson (minor knee surgery), which could affect their ability to have a power running game.

The Cardinals, who are 3-3 SU and ATS, are hopeful QB Carson Palmer (hamstring) will play after sitting out practices on Wednesday and Thursday. One mystifying trend with the Cardinals is that they are 3-7 ATS in their last 10 home games.

Seattle, with DE Michael Bennett and MLB Bobby Wagner, has played the run very well. Arizona RB David Johnson is solidifying his spot as one of the league’s best, but opportunities for breakaway runs will likely be few and far between. Seattle SS Kam Chancellor has also had to take it easy in practice but should play.

Arizona has had mixed success in the passing phase, where the chemistry has been off between Palmer and the trio of Larry Fitzgerald, Michael Floyd and John Brown. Seattle, led by CB Richard Sherman, is fresh off containing the Atlanta Falcons’ dynamic passing attack in Week 6.