3-Barrels of a charitable flavour including a Twitch Stream team spearheaded by Jeff Gross raising money for the Michael Phelps Foundation; Daniel Negreanu gets ready to host his third annual celebrity charity poker tournament, and Roman Romanovsky encourages 20+ poker players to raise over half a million for effective charities.

Three stories carrying a charitable flavour and we will start with four guys who are currently playing their hearts out and raising money for The Michael Phelps Foundation.

Back in July, I caught up with Jeff Gross who revealed plans to set up a Twitch Stream house with PokerStars employees Kevin Martin, Jamie Staples, and Jamie’s brother Matt.

The quartet has their new home, and this week they are planning to play online poker, streaming live on Twitch.tv, non-stop for seven days. That’s 168 hours of action, folks, so get your eyeballs glued on to the screen and dig those hands deep into your pockets.

You can find out more on the project by using the Twitter hashtag #SHMarathon and tune into the action at the following Twitch channels. 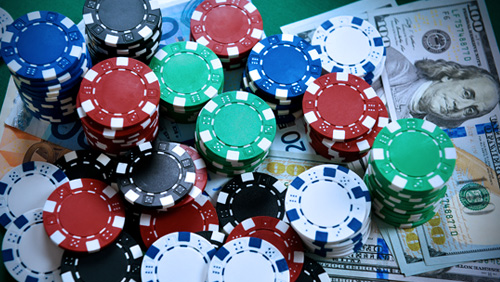 The Michael Phelps Foundation was established in 2008 and helps provide water safety wellness and goal-setting programs for the Boys & Girls Clubs of America.

Daniel Negreanu took time out from his political twittering to put his full weight behind the #SHMarathon, but it won’t be long before he does his own little bit for charity.

This is a pretty cool idea. Check it out yo! https://t.co/Rcau775FwB

The face of PokerStars will host the St.Jude Against All Odds Celebrity Poker Tournament on Saturday, November, 5. The event takes place at The Joint, inside the Hard Rock Hotel & Casino in Las Vegas, Nevada. Tickets for the dinner and access to the live auction, entertainment and special celebrity meet and greets will set you back $200, and a ticket for the poker tournament $600.

The winner of the event will earn a seat in the 2017 World Series of Poker (WSOP) Main Event. The unlucky runner-up will pick up a five-day vacation in the Namale Resort & Spa in Fiji.

Prizes available in the live auction include training at the Choice Centre, a private chef package from Chef Rick Moonen, access to Business Mastery Live Training with Anthony Robbins, and private poker lessons with Negreanu.

The St Jude Children’s Research Hospital are leading the way the world treats and beats childhood cancer and other life-threatening diseases.

The Ukrainian has joined forces with the effective altruists at Raising for Effective Giving (REG) to turn a bankroll of $66,666 into a $600,000 profit with two-thirds heading into the coffers of EA backed charities.

Since Romanovsky broadcast his intentions on the Russian online forum Gipsyteam and twoplustwo, 20 more players have jumped on his charitable bandwagon with a goal of raising at least $500,000 for effective charities.

You might remember that Romanovsky started like a house on fire after picking up $214,929.95 finishing second in the World Championships of Online Poker (WCOOP) Sunday Million Special

It’s not the first time that Romanovsky has used REG as a vehicle to raise money for effective charities. In 2015, he organised another charity poker marathon donating 50% of his profits to the Against Malaria Foundation (AMF).

One of Romanovsky’s favourite charities is the Center for Applied Rationality (CFAR).

If you want to get involved with the charity marathon, then reach out to REG or contact Romanovsky via Twitter or his twoplustwo thread.