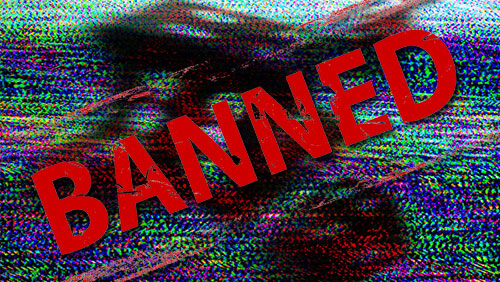 The kids are not all right. That’s the belief held by the British government, which wants to end the televised marketing of gambling products. This new nanny state campaign occupied much of the front page of Friday’s edition of The Times newspaper, whose banner headline declared, “Gambling adverts face ban from daytime TV.”

British children must be shielded from the alleged risks associated with developing the gambling habit, according to gambling minister Tracey Crouch. She says, “The government is committed to ensuring that people, particularly the young…are protected from the risk of gambling-related harm.” Such conventional wisdom is actually unwise.

Our society is already suffering from the consequences of a generation of risk-averse, extravagantly “bubble-wrapped” childhoods. Ensuring that current and future generations of kids do not see gambling commercials on TV only guarantees that their ability to appreciate, navigate, and conquer an inherently risk-filled world will be further diminished, perhaps dangerously so.

The pioneering sociologist W.I. Thomas taught his early 20th century students that a taste for risk is essential to human development. He believed that the gambling instinct “is born in all normal persons. It is one expression of a powerful reflex, fixed far back in animal experience. The instinct is, in itself, right and indispensable.”

Since gambling involves risks, it can teach children to deal with real-life risks. Entrepreneurship and risk-taking have always been essential components of a progressive and a progressing society. In today’s information economy — in which ideas and innovation are the main drivers — they are more essential than ever.

Not only does a modern, dynamic economy require risk, it lowers the disincentive to risk. It releases capital and opportunities, making it easier for people who lose fortunes to bounce back quickly. Of course, corporate bailouts, so-called “quantitative easing” (that is, stimulus programmes paid for with money borrowed from future generations) and high marginal tax rates are a vivid reminder that contemporary political leaders fail to understand the requirements of a modern, dynamic economy.

Therefore, it should not come as a surprise that our policymakers also fail to understand the requirements of a modern, dynamic society. Such a society requires, first and foremost, an appreciation that tolerance for risk is a good thing. A very good thing. Social historian Prudence Jones explains how gambling:

“Pits the human intellect against the unpredictable forces of chance that surround us. It is a concentrated form of the risk-taking behaviour we carry out every day, where luck deals us different talents and circumstances but we must use our intelligence to turn these to advantage. Gambling trains the mind to handle risk.”

She continues: “Many gaming boards, dice and images of people playing games of chance and skill have come down to us from the ancient world. Board games, in particular, are shown as the warrior’s recreation, training him in the complex judgments needed in the chaos of battle when unpredictable factors interact with his skill and judgment at breakneck speed.

A spectrum of skill runs from games of pure luck, such as dice or the Lotto, to games of pure intellect, such as chess. But even games of pure luck challenge our judgment. They test our ability to wager only what we can afford to lose and to know when to walk away with our winnings, or to cut our losses and stop playing, a skill we need in more calculating ventures.”

Gambling on the horses is a game that mimics the real wagers made by venture capitalists of all kinds. Horse breeders trust their money to the quality of their bloodstock in every race without ever needing to place a bet; investors judge that the skill of the manufacturer they back will outweigh the vagaries of chance, and so trust their money to their own good judgment.

In this way, explains Jones, gambling trains and exercise the mind in taking real-life risks. But as its ancient symbolism shows, it is also a ritual honouring the dual influences of chance and skill in our world. Both chance and skill are active in our lives all the time; we ignore either at our peril.

Gambling therefore educates people about the wider role of chance in life. As novelist Joseph Conrad suggested, “It is the mark of an inexperienced man not to believe in luck.” The very brightest and most learned implicitly and explicitly recognise the importance of chance in life’s outcomes. It is no coincidence that the late Milton Friedman, the Nobel Laureate economist and preeminent free market educator, entitled his and his wife’s memoirs, Two Lucky People.

Gambling may be understood in terms of variations in economic socialisation; namely, the way in which children learn about money, risk, and saving. A school survey of 505 adolescents (aged 15-17 years) showed that over 60 percent of adolescents were gambling annually. More frequent gambling was associated with parental and peer gambling and pro-gambling attitudes. However, adolescents whose parents taught them about keeping to a budget, saving money, and maintaining their finances were less likely to express an interest in future gambling.

While recognising the deeply controversial and emotive nature of this topic, it would be a dereliction of duty for me not to suggest that, perhaps, the earlier someone starts to gamble the better. More specifically, the likelihood of one developing a gambling problem may increase if one starts gambling later in life.

For example, women tend to start gambling later in life than men and consequently tend to develop gambling problems more quickly. The bottom-line is that the average female gambler is not exposed to gambling at a sufficiently early age to minimise the (admittedly very slim) possibility that she will develop a problematic habit.

Therefore, the current preoccupation with preventing, ideally eliminating, adolescent gambling may serve to increase rather than decrease the likelihood of certain individuals developing a gambling problem. Ditto for the campaign to shield children from the evils of gambling advertisements.

With gambling, as with so many other areas of life, children cannot be treated as adults. Nevertheless, they need to be treated as adults-in-the-making. At least, that should be the policy making rule of thumb if we still believe that the creation of generations of infantile adults is an outcome best avoided.