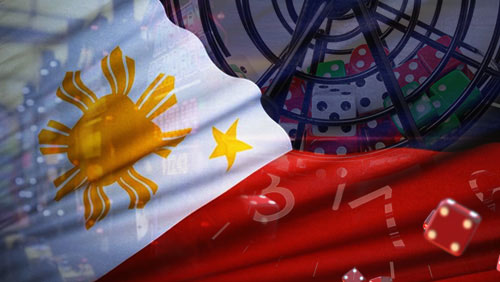 The Philippines has formally ended its four-month war against online gambling that has left gaming technology provider PhilWeb’s business in shambles.

Radio news channel DZMM reported over the weekend that Philippine Amusement and Gaming Corporation (PAGCOR) is now mulling on opening the online gaming industry to more players, a sign that the worst if finally over for online gambling operators.

But unlike in the previous administration, Ignacio pointed out that government will strictly enforce the country’s gambling rules.

“We will open it up to more people but only under very stringent measures,” he said, according to the radio news.

One of the rules that the government will be strictly implementing, according to Ignacio, is the location of eGaming cafes. He said eGaming parlors need to be 200-meter away from schools and churches as earlier ordered by President Rodrigo Duterte.

“If the distance from churches and schools is 200 meters as agreed upon, it has to be followed,” Ignacio said.

Since Duterte declared during his first day in office that online gambling must be stopped, PAGCOR has effectively shut the operations of gaming cafe operator PhilWeb Corp. by refusing to renew its license and padlocking 53 e-games and online bingo sites of Leisure and Resorts World.

PhilWeb also submitted a business plan for a text-based lottery system called “PAGCOR Text Bonanza” to create a new revenue source for the company that mainly depended on the e-Games operation for income.

PAGCOR, however, rejected the proposal as it reiterated Mr. Duterte’s position against online gambling.

Speaking of PhilWeb, the Securities and Exchange Commission (SEC) has advised Gregorio Araneta, Inc. (GAI) to launch an offer to buy out the minority shareholders of the beleaguered gaming technology provider before it could take over the Philippine-listed firm.

Last week, Araneta has agreed to acquire resigned PhilWeb chairman Robert Ongpin’s 53.76 percent stake comprising of 771,651,896 shares in PhilWeb, according to a disclosure to the Philippine Stock Exchange. The acquisition of the entire shares of Ongpin has a tag price of PHP2.01 billion (US$41.56 million) or PHP2.60 (US$0.0539) per share and will be done in two tranches.

BusinessWorld reported that the SEC told the Araneta group “to comply with the mandatory tender offer” rules provided in sections 19.1.8 and 19.5 of the implementing rules and regulations of Republic Act No. 8799 or the Securities Regulations Code (SRC).”

“MSRD also sought confirmation from GAI of the actual status of its acquisition of common shares from RVO Group,” Mr. Pan said. “GAI is also required to provide timeline for the conduct of tender offer considering that the acquisition will result in GAI owning 54.67% of PhilWeb.”