Casino operator Tiger Resort, Leisure and Entertainment is on track to open the first phase of its first integrated casino resort—Okada Manila—before the year ends, just in time for co-hosting the Miss Universe beauty pageant. 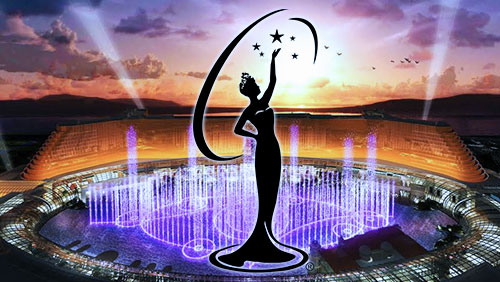 Steve Wolstenholme, president of Tiger Resort, told Manila-based reporters that they have “completed around 85 percent” of the integrated resort’s first phase, according to Business World. The company, led by Japanese mogul Kazuo Okada, has already announced a planned soft opening in November.

“We will open this year—that’s our PAGCOR (Philippine Amusement and Gaming Corp) obligation—but the grand opening date will be determined by our chairman,” Wolstenholme said, according to the news outlet.

But more than fulling its licensing agreement with the state-run regulator, Tiger Resort is making sure that the resort’s amenities are ready for the Miss Universe beauty pageant, which it wants to sponsor as part of the plan to promote Okada Manila globally.

“We expect to be a significant sponsor of the event,” Wolstenholme said, according to GMA News.

The executive, however, stressed that details of the sponsorship—whether it’s in-kind or financial—are “still under negotiation.”

The first phase of Okada Manila, which required investments totaling $2.4 billion, covers 21.55 hectares of the 44-hectare property within PAGCOR’s Entertainment City awarded to Tiger Resort. Of this land, the casino operator has allotted 41,000 square meters to build a casino with 500 table games and 3,000 electronic games, as well as two hotels with a total of 993 rooms, a beach club, a high-end retail area, a 3,000-square-meter spa, and several food and beverage outlets.

Tiger Resort has started ramping up its recruitment process to fill 8,000 positions before the November soft launch. Wolstenholme said the goal is to hire “more local talents” who will fill up positions in casino gaming, casino, marketing, club operations, security and surveillance, facilities management, cage operations, hotel operations and food and beverages.