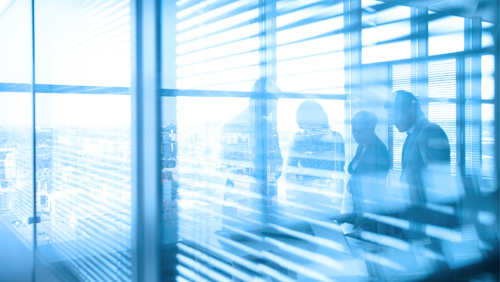 Lee Davy explains why he felt it was important to remove himself from the Poker Hall of Fame Media Panel in the wake of the recent social media storm over the shortlist.

I have lived in the UK all of my life. I have a 15-year old son, and my wife will give birth to a baby girl, Zia, any day now. What happens to this tiny island is important to me. And yet I didn’t vote during the Brexit referendum, and the reasons underlying that decision have led me to vacate my seat in the Poker Hall of Fame Media Panel.

It’s June 2, 2016, and I am sitting in a tiny room in the Royal Geographical Society in London. I am surrounded by books, significant enough to be kept behind lock and key. There is a worldly smell about the place. I feel out of sorts.

Sir Bob Geldof is giving a keynote speech at the launch of one of the most meaningful pieces of literature I have ever read Freedom: The End of the Human Condition by Jeremy Griffith. He commands respect. I am in awe. I am making notes on my iPhone as he talks about his concern over Brexit and how a YES vote could lead to war.

I don’t want my son to fight in a war.

I don’t want my daughter to grow up surrounded by bloodshed.

I don’t watch television. I don’t listen to the radio. I don’t read the newspapers. Until the day I met Sir Bob I hadn’t given Brexit much thought other than listening to my parents complaining about ‘the foreigners’ taking all of our jobs.

After hearing Sir Bob, I returned home to vote and I couldn’t because I wasn’t on the registered voter’s list. I had never once voted in 23-years.

I don’t vote because I don’t understand who or what I am voting for. I don’t have the time to research what parties align best with my values, and I doubt I will find one.

I believe without a deep understanding of what or who I am voting for I could do more damage than good. I don’t think you should vote, just because you have a vote. The Brexit YES vote shows what can happen when the uneducated head to the ballot box.

The Poker Hall of Fame

A Hall of Fame means jack diddly squat to me, but I can tell from the tidal wave of emotion that’s circulating social media that it does mean something to others.

I have read through most of the prominent social media tweets, Facebook posts and blog posts, and the one theme running right through the middle is the same reason the UK voted YES for Brexit. I won’t go as far as to say it’s pure xenophobia, but there is an undeniable bias in the choices of the vocal.

Now this ‘bias’ can be personal, or cultural, it doesn’t matter, but it exists. Someone from the UK is likely to vote for Dave’ Devilfish’ Ulliott, either because they have played with him, watched him on Late Night Poker, or read about him on the front cover of a European poker magazine. Italians will vote for Max Pescatori. The French will vote for Bruno Fitoussi. Matt Savage’s colleagues will vote for Matt Savage. And Americans will vote for American players who they have played with or seen in American TV shows and magazines. The sole exception is someone like Carlos Mortensen whose infamy was born in the States.

I am and always have been honoured to be a part of the Media Panel. Before I decided to withdraw my vote, I would have given 10 points to Devilfish. As Daniel Negreanu points out in his blog post, Devilfish meets all the criteria, but that’s not the reason he would have gained my vote. I would have voted for him because he was the first person that I ever interviewed and because the induction would be a nice touch for his family.

I have been in the poker industry for seven years, and I am not a devoted historian of the game. My lack of experience creates a bias weighted towards my personal interactions with the likes of Devilfish, Matt Savage and Max Pescatori, and that’s not the approach I should be taking in a vote that results in a legacy being created or nullified.

A lot of people have cast their views on the criteria for nomination. I think there should be some more attention paid to the rules surrounding those chosen to induct. I am too inexperienced to be given this opportunity. I see that now. And it’s the reason I have released it from my egoic grip.

I don’t know what the answer is.