Home / Business / UK Books on a Post Brexit Tear, What Next? 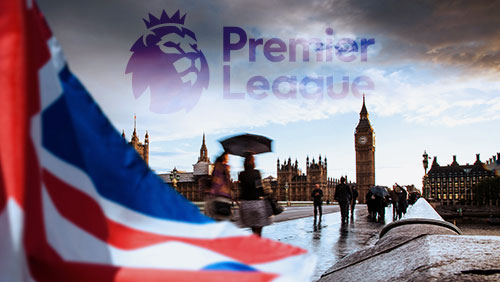 Anyone remember Brexit? That thing where Britons voted by a healthy majority it leave the European Union? Yeah, well surprise surprise, it looks like it won’t happen this decade, if ever. On August 14th, the Sunday Times came out with a report suggesting that the new UK government will likely delay the move until late 2019. Says Reuters, quoting the Sunday Times,

But British government ministers have warned senior figures in the City of London, London’s financial district, that Article 50 was unlikely to be triggered early in 2017 because the situation in government was “chaotic”, the Sunday Times reported on Sunday.

After noting that the situation in government was “chaotic”, the Sunday Times continued (not really) by quoting another source that said that the sky was “blue”. The newspaper then won the Pulitzer immediately for its groundbreaking Sunday Times Sunday scoop. The Monday Times then repeated the story the next day and won some other award granted by establishment elites.

Back to Sobriety Times now. This delay comes as no surprise, except for the fact that I expected the delay to be triggered by some sort of plausible excuse other than “the situation in government is chaotic,” really a groundbreaking situation there. God forbid a terrorist attack, a debt crisis flair up, the Government has a headache so no Brexit tonight honey, or some other whatever to trigger a delay I believed was more reasonable, but we didn’t even get that. We just got a delay for no reason at all, and UK voters don’t seem to care all that much. Nigel Farage retired too early it seems. If he cared about Brexit so much, he should have stayed on until the process was completed. Referenda may be technically expensive, but in the end they are cheap.  As a reminder, just before the vote I had said,

…the referendum is a farce, just like last year’s Greek referendum to accept or reject the Eurozone bailout package was a farce. The Greeks rejected the bailout and it was forced down their throats anyway.

So now what for UK gaming stocks? Well, in the same article I had said to get out of them due to a collapsing M2 money supply in April. I was totally wrong there, because the FTSE 100 is back near its highs. Apparently, the April money supply drop was actually a shift to savings rather than an absolute shrinkage of supply, or perhaps just a weird mistake because nothing like it has appeared on the charts in decades, a possible fluke due to the structure of the UK banking system. See below M3, which includes long term time deposits. It has skyrocketed.

All the missing money somehow ended up in savings accounts it seems. Further, M2, which excludes long term time deposits, is also on its way back up, and fast.

So what now? With the English Premier League kicking off, UK gaming stocks are headed into their big seasonal upswing. But this won’t be a surprise, so it shouldn’t affect stocks by itself all that much. The question is, will football betting increase this season more than expected, or will the number come in disappointing? My crystal ball is malfunctioning this morning so I don’t know for sure, but it seems to me that as investors forget about Brexit and the word itself Brexits financial parlance and consciousness (who is even going to remember the vote by 2019 anyway?), UK gamers will go back to what they were doing before in a big sigh of relief that the status quo has not actually changed. This should serve to increase spending and loosen some pockets to place bigger bets this season.

Most UK citizens, I assume, believed that if the country voted for Brexit, there would actually be a Brexit. They are now coming around to the reality that this isn’t quite true.  UK bookie stocks actually responded phenomenally well to the vote. Ladbrokes, for one, is on its sharpest and most prolonged tear higher since 2009 when global markets bottomed post financial crisis. Up almost 52% post Brexit is truly a sight, erasing two years of losses in a single month. This is not a move you want to chase, so beware Fear of Missing Out. Leave it alone.

Ladbrokes is not the only one by far. William Hill is up almost 40% in six weeks. Though I wouldn’t personally chase this move, it is a safer hold than Ladbrokes right now because it is still 21% below its 52 week highs. GVC, which will have its first season together with bwin.party, is really looking like a bubble at this point, as it is stretched farther above its 100 week moving average than ever before in its history. The higher it goes, the more reason to avoid it, and if you have the guts, a small short position could pay off well if you time it right, a very risky game though. Best to just leave it alone as well. Any bump it will get from the Premier League is more than priced in. And if it isn’t, let someone else pay the premium.

Paddy Power Betfair, one of the model portfolios larger holdings, is up 50% since the Brexit vote, but still 11% below highs. Continue to hold this one. It has plateaued and stabilized since August 15, and as Brexit continues to recede, should continue to chug higher towards previous highs. 888 continues to trade range bound, but is up 11% since we added another 5% to the model on June 28. The fact that 888 and William Hill have been resilient despite the breakdown of merger talks this week either indicates that there may be a second shot at a merger soon, or that the companies are strong enough on their own. Either way it’s a good sign of resiliency in the British gaming market.

The conclusion for now then, is this. It looks like a good Premier League season is coming up for UK bookies and UK money supply is zooming back up, but the market has already frontloaded this and priced it in. This is turbo-charged by the realization that the Brexit vote meant nothing, as the UK government has a headache and is suffering from…chaos. It would be unwise to chase these moves. Hold on to Paddy Power Betfair and 888, keep collecting dividends and reinvest them, and leave the rest alone, except for maybe William Hill, which looks OK for a small bet though I wouldn’t add it to the model. Europe still has too many fault lines to go all in save the strongest of companies, and it definitely looks like the UK will still be tethered to the EU by the time the Euro collapses. By 2019, the next earliest Brexit date barring another government headache, the chances that the European debt crisis will irreversibly explode are pretty high, in my view at least.