Awareness of the recently opened Parisian Macao casino resort is high among gamblers in the city state, and this could prove to be a headwind for rival Studio City.

The opening of Sheldon Adelson’s new casino property last week has caught the attention of many of Macau’s visitors, thanks partly to Sands’ active marketing campaign in the months leading up to the launch. In comparison, Wynn Macau took a “more passive” approach for the Wynn Palace, which launched on Cotai on August 22. 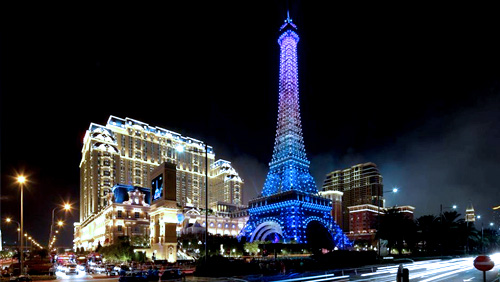 “The awareness of the Parisian (Macao) among gamblers was high, with Sands having blanketed the region with social media impressions of the new property over the last couple of months,” Buckingham Research Group analyst Christopher Jones said in a note. “This is in contrast to the recent Wynn Palace opening that took a more passive strategy relative to marketing, prior to opening. We believe that Wynn is looking to address this, as it adjusts to the operating environment in Cotai.”

“Based on multiple observations over this past weekend, we consistently observed more persons walking to Parisian (from Studio City) than to Studio (from Parisian). In other words, a net migration towards Parisian,” Govertsen said in a note.

Unlike previous Las Vegas Sands openings, Parisian Macao was largely completed—including 3,000 rooms and various retail offerings—at launch. This could prove beneficial for all of the casino operator’s properties on the west side of the Cotai Strip, especially when all four of Sands’ Cotai properties become “physically connected with no need to set foot outside” in a few months.

“The bottom line is that Parisian seems to be significantly more compelling than Studio City from a mass market customer perspective and should these trends be maintained Parisian could prove less of a benefit and more of a headwind for Studio City,” Govertsen said.