North Jersey casino supporters is set to launch its latest weapon to counter the bombardment of massive, anti-casino ads in New Jersey: Education. 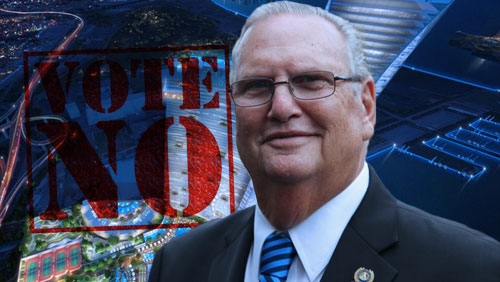 NJ.com reported that State Assemblyman and casino expansion proponent Ralph Caputo has introduced a resolution on Thursday, which aims to educate the electorate on plans to expand casino gambling to the northern part of New Jersey.

Anti-casino groups are winning so far in the PR wars over New Jersey casino expansion. Recent polls conducted by Fairleigh Dickinson University shows that the majority is cool to the idea of allowing more casinos in the state.

New Jersey residents, which will troop to the polling precincts this November, have raised concerns on how much money would the state see when casinos are built in North Jersey and how much casino operators will pay in taxes.

Proponents of the North Jersey casinos have said the location of the casinos and the tax rate they’d pay will be determined in later legislation — and that it might not be available until after November’s vote.

“We have all these other issues taking precedent in the state: pensions, the (Transportation Trust Fund). But this is something I think people have to be fully educated on,” he told the news website.

Addressing this concerns, Caputo (D-Essex) said his resolution will give the electorate a clear picture on where the tax money will go. The taxes collected from North Jersey, according to Caputo, will help revitalize Atlantic City, assist counties, fund senior citizen programs across the state, and support the state’s horse-racing industry.

It added that each of the two new gambling halls should pay a different rate, “according to the amount of the investment made” by each operator.

In an earlier interview with the Associated Press, Caputo said that a proposed casino at Meadowlands Racetrack in East Rutherford might be taxed at 35 to 40 percent, while a more expensive one proposed in Jersey City might pay 15 to 20 percent.

The opposition, however, sees Caputo’s plans to educate the electorate as an attempt to satisfy North Jersey casino interests.

“Caputo is negotiating against the best interests of the state, as well as the taxpayers who will ultimately foot the bill when casino expansion fails,” Bill Cortese Jr., a spokesman for opposition group Trenton’s Bad Bet, said.