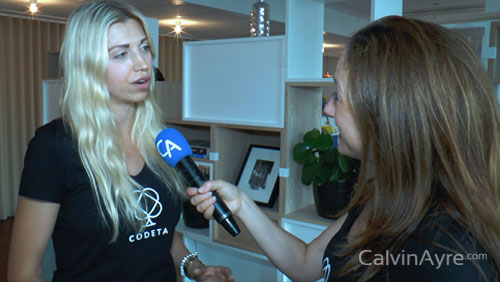 In this interview with CalvinAyre.com’s Rebecca Liggero, Yrsa Thunholm of Codeta tells us about the launch of their online casino.

“What’s in a name? That which we call a rose by any other name would smell as sweet.”

This perhaps was one of the most remarkable quotes in the classic tragedy Romeo and Juliet that was written by prolific English poet and dramatist William Shakespeare.

In a business perspective, consumers find themselves asking the same Shakespearean question when it comes to choosing a brand that they’ll be supporting, like how Juliet stayed with Romeo until the very end.

That’s why it is important for gaming operators to come up with a brand that will stand out in the marketplace and positions the company as an irreplaceable life-long partner to their clients. Besides, it’s no secret that it’s easier to sell a brand that you believe in yourself.

This was the case of online casino website Codeta. While it have been around the gaming industry as an affiliate, it is the first time that Codeta has ventured and focused into the online casino business.

Yrsa Thunholm of Codeta said that they want their online casino to stand out and be different among the rest of operators offering the same product. That’s why they, according to Thunholm, named their company Codeta, which comes from the French phrase coup d’etat, meaning a sudden attempt by a small group of people to take over the government.

“I guess the story behind the name is that it comes from the French phrase coup d’etat which basically means a coup against the state. We are doing kind of the same thing, but it is the coup against the online gaming industry,” Thunholm told CalvinAyre.com. “We are launching an online casino that is more real, less childish, and less commercial. It’s all about the games, I guess you could say.”

Unlike the other online gambling websites, Thunholm pointed out that they are keeping the games as they are to make it more personalized.

“The table players, they don’t like any distraction at all. So we still, the games is just going to be focusing what they are on the site, to do which is playing their favorite game,” she said. “So it is going to be more about the whole Codeta experience and developing the experience like with tournaments and new functionalities and new ranking system. Providing them the tools to progress.”

Just like Codeta, operators should build their brands on a strong idea, which they can hold on to, can commit to, and can deliver upon. So the next time operators try to develop its brand, they could always start with a question, “what’s in a name?”