If at first you don’t succeed, try, try again. 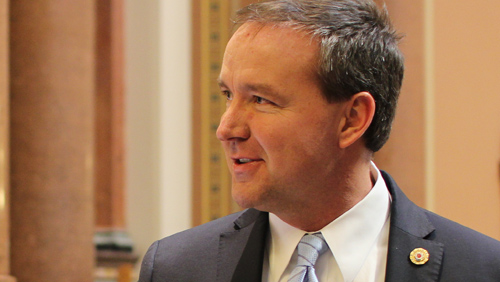 This is exactly what State Senator Jeff Danielson is going to do after his bill to legalize fantasy sports betting in Iowa went straight to the garbage bin last legislative session.

Instead of being disheartened, Danielson vows to revive the bill and put it in the legislative agenda when lawmakers meet in January.

9ABC reported the state senator from waterloo has expressed his intention to once again sponsor a fantasy sports betting bill in the Hawkeye State.

“I think it’s interesting that Iowa is one of only 6 states that does not allow it in some way, and I think it’s time for us to come into the 21st century,” Danielson pointed out.

Danielson said he will be tweaking some provisions of the failed fantasy sports betting bill, which is according to what the members of the house wanted.

Unlike the first bill he sponsored, Danielson said that the new legislation he will introduce will only allow 21-year-old and above to make a bet. The betting, according to the Iowa lawmaker, will also be regulated by the Iowa Racing and Gaming Commission.

Also, fantasy sports betting sites would have to pay a fee to run in Iowa. Winnings would be taxed if they’re more than 1200 dollars.

“Every time the house wanted a change that would get them to yes, which ultimately means Iowans could play it, I’ve waived the reasonableness to that. And we’ve agreed to darn near everything,” the legislator said.

If the bill passes the Congress, Danielson expects that it will go in effect next July.

Passing a controversial, gambling in a conservative state such Iowa is easier said than done. Many are against the legalization of sports betting in Iowa due to their religious beliefs. On the other hand, there are people who thinks that sports betting is a game of luck instead of skill.

Earlier this month, the Gambling Compliance Research Services (GCRS) has released its latest research note on the sports betting industry just a month after the U.S. Court of Appeals struck down a bill legalizing sports betting in New Jersey for the third time since 2013.

In the report, GCRS has predicted that the US will snatch the title of the world’s largest sports-betting market from UK if sports wagering is made legal in the country. The study estimated that the US market is more than four times the amount of the United Kingdom, which is $2.8 billion.