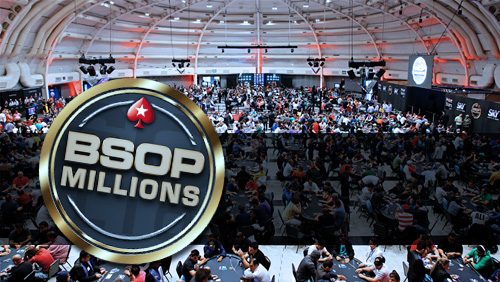 The schedule for the final Brazilian Series of Poker Millions of all time is available online, and Connor Drinan continues his hot streak with a victory in the World Championships of Online Poker.

The Brazilian Series of Poker (BSOP) dates back to 2006, but it was 2012 when the tour had a spit polish thanks to a sponsorship deal with PokerStars. It was a smart move by Stars. Nowhere in the world is poker hotter than in Brazil except the summer jaunt to Las Vegas.

The relationship is set to end in its current form after PokerStars announced plans to renovate their live tournament network and bring everything underneath the umbrella of either PokerStars Championships or Festivals.

Before that happens, the BSOP Millions is preparing for one final hurrah. The 2016 schedule is live. The festival will consist of 36 tournaments of all shapes and sizes, and will take place in the Sheraton WTC in Sao Paulo Nov 22 – Dec 1.

The opening event promises to attract a crowd the likes of which you won’t see anywhere outside of Las Vegas and the Grosvenor United Kingdom Poker Tour’s (GUKPT) Goliath. The R$1,500 ($465) buy-in event opener attracted 3,866 entrants least year with Abraao De Santana walking away with the R$231,000 ($62,008) first prize. This year that event carries a R$1m ($300,000) Guarantee.

The American Connor Drinan came into the PokerStars World Championship of Online Poker (WCOOP) with a greater sense of heat than most.

His winner-winner chicken dinner relationship with PokerStars has continued after Drinan took down WCOOP Event #5 $320 NLO Hi-Lo 6-Max for $26,614.82.