Canadian lawmakers are set to put to a vote this month a bill amending the national criminal code that will allow for single-game wagering. 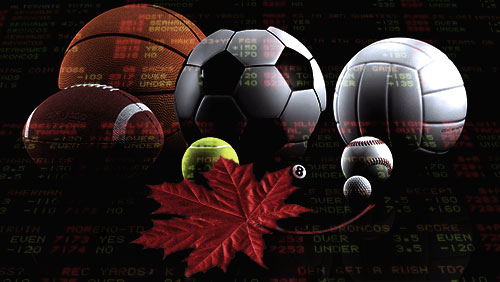 Deliberations on whether to send a piece of legislation called C-221 (Safe and Regulated Sports Betting Act) to the Committee on Justice and Human Rights for further deliberation, or to reject the bill has been set on September 21, according to Legal Sports Report, citing anonymous sources.

C-221, which was introduced by MP Brian Masse earlier this year, provides that the “enactment repeals paragraph 207(4)‍(b) of the Criminal Code to make it lawful for the government of a province, or a person or entity licensed by the Lieutenant Governor in Council of that province, to conduct and manage a lottery scheme in the province that involves betting on a race or fight or on a single sport event or athletic contest.”

It was submitted as a private member’s bill, meaning it was not introduced by a cabinet minister and was separate from the government’s legislative agenda. According to the report, Canadian Prime Minister Justin Trudeau’s administration was cool toward the bill.

There are two likely scenarios that may happen after the deliberations in the House of Commons: One is for the bill to be referred, eventually be approved by the House and be submitted to the anti-legalize sports wagering members of the Senate.

The other scenario is that C-221 will die after the Justice Committee vote against the referral of the bill.

Members of house, however, are divided over the controversial bill. Proponents argue that the enactment of C-221 will give greater transparency and will boost Canada’s economy.

Masse claimed that the enactment of C-221 will lessen – if not stop – organized crime and will bring jobs to people.

Opponents, however, doubted whether the passage of the bill will really solve gambling-related crimes. They also feared that the number of problem gambling will rise if the bill is passed.

“While I appreciate the economic advantages that the proposed reform could bring about, the big concern I have to share is the impact that this proposed change could have on individuals and families, the social costs of gaming,” Liberal MP Bill Blair said, according to the report.