Data crunchers Newzoo has released a new report to paid subscribers revealing a belief that eSports revenue for 2016 will grow to $493m by year end, a 7% growth on the original forecast made at the turn of the year. The men in white lab coats over at Newzoo have released some promising news for those paying a subscription fee for the up to date knowledge of all things eSports numbers. 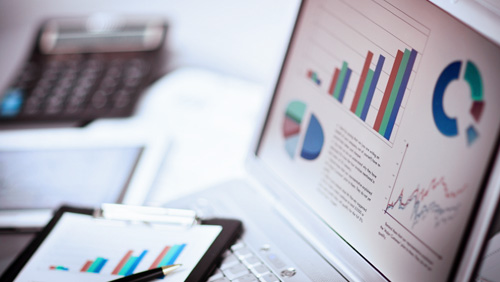 It was a Newzoo subscription or my annual subscription to Stamp Magazine, and there was only ever going to be one winner. Fortunately, Newzoo has leaked enough information from the report to the poor, with the main talking point being an increased revenue forecast for the remainder of the year. When Newzoo released their Global eSports Marketing report at the turn of the year, they predicted eSports revenue would reach $463m by year end. The latest forecast puts that figure at $493m, a 7% increase since January and a projected 51.7% increase year-on-year. The report builders believe there are two main factors behind the changes. The big one involves the evolutionary role that the game publishers are taking. There was a time when games like Call of Duty was played by kids when they got home from school. It quickly evolved into a professional sport with a fully regulated betting market. The publishers have adapted by using their coin to help promote this channel and forge relationships with tournament organisers and leagues. The report suggests that the publishers would have invested close to $100m in eSports by year end. While Newzoo sings the praises of Valve, Blizzard, et al., it doesn’t believe the growth spurt will last citing the market as a difficult one for new publishers to break into. Revenue from eSports brands is at the heart of all this money. 71% of this revenue comes from advertising, sponsorship and media rights to the tune of $350 million. The rest comes from the fans in the form of ticket sales and merchandising. The report, which has been validated by key players in the industry, including teams, organisers, investors, publishers, and media platforms, suggests that revenue will peak at $1.1 billion by 2019 (+42.2%). 36% of the 2016 forecast is expected to come from the North American market with China and Korea eating up 22% between them with 42% left to the rest of the world. eSports betting volume was not taken into consideration in the report, but the authors stated that it was likely to bring in ‘higher revenues than the sport itself.’ If you would like to ask the Newzoo team some questions, then you are in luck if you live in Helsinki, LA,  Beijing, or London. Liza Groeneveld and Jelle Kooistra from the Newzoo Mobile Team will be popping into the Pocket Gamer Connects event in Helsinki 5-6 September. CEO Peter Warman will be making an appearance at the T11 Global Mobile Data Summit in Beijing Sep 13-14; and Newzoo eSports Team Leader Pieter van den Heuvel is heading to the eSports Conference in LA Sep 6-8, before whizzing over to London for an eSports Conference scheduled for Sep 23.