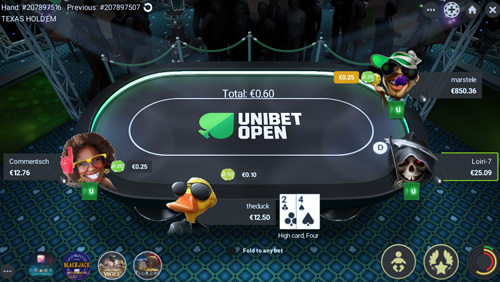 Unibet has unveiled a beta version of Unibet Poker 2.0 in front of a packed media house in Copenhagen, and the early prognosis is a good one. The Unibet Group provides products to over 15 million customers, throughout 100 different countries, delivered in over 20 different languages. They don’t run. They don’t hide. They are confident enough to take centre stage. They allow themselves to be seen, and most importantly, they see others – all 15 million of them. And what more could you ask for than to be understood? Unibet help people be who they want to be, and they are getting better each and every year. It’s been two years since Unibet left the Microgaming Poker Network (MPN) to terraform a unique little island with the help of Relax Gaming. At the Unibet Open in Copenhagen, the evolutionary journey continued with a peek underneath the hood of Unibet Poker 2.0. HUDs and seating scripts are still about as welcome as a dog shit sandwich. The interface is straightforward and full of fun, fun, fun. Relax Gaming’s influence continues with the new client moving away from Adobe Air and on to a new piece of purpose built kit. “This should lead to improved client stability and ensure the new platform is more futureproof.” Stated the press release. 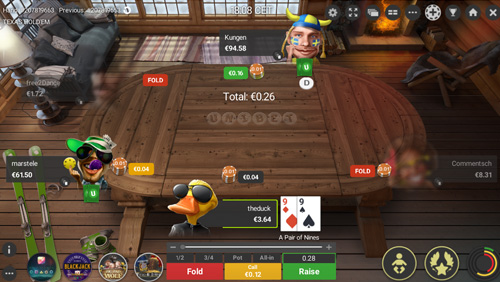 The new client will feature rebuy tournaments and a Hand Replayer. The Bonus Shop has new improved features. The most interesting change is the move towards a multi-screen approach with online poker tables tiled alongside online casino tables. The long-term aim is to turn a players screen into a gambling mecca with online poker, online casino, online sportsbook, and Twitch streaming all tiled neatly across the screen. To make sure the multi-screen approach works the aspect ratio of the client will revert to 16:9 and the minimum size of the tables will shrink to enable an improved multi-tabling experience. An iPhone client is promised later in the year. The next phase of the project is to continue with closed Beta testing, with a full launch anticipated on 3rd October 2016, and there will be another ‘spectacular’ announcement in the coming weeks. The Unibet Open in Copenhagen attracted 376 entrants, and Finland’s Joni Liimatta walked away with the $79,571 first prize. World Series of Poker (WSOP) November Niner, Kenny Hallaert, was making his debut as the new Unibet Open Tournament Director. The next Unibet Open takes place in Bucharest, Romania Dec 1-4 where players will compete for a €500,000 guaranteed prize pool.