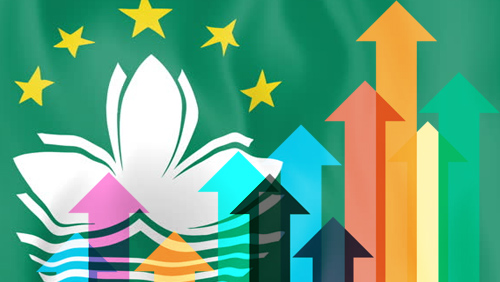 After 26 straight months of decline, Macau has finally recorded its first growth.

The world’s biggest casino hub saw its gross gaming revenue eke a 1.1 percent growth in August to reach MOP18.8 billion (USD2.4 billion)—the first upward tick for the former Portuguese enclave since May 2014, when its monthly revenues plummeted to five-year lows due to slow economic growth and Beijing’s crackdown on corruption.

Macau’s August performance beat the analysts’ prediction of 1.5 percent drop, thanks to the opening of Steve Wynn’s $4 billion Wynn Palace resort in Cotai.

“All of our conversations with the Big 6 operators have suggested that August trends were good, especially at the mass market level. However, we believe the growth in GGR was likely attributable to some number of high-end players coming to Wynn Palace,” Union Gaming analyst Grant Govertsen said in a note.

On a GGR per day basis, August came in at MOP608 million, or 6 percent higher on a sequential month-over-month basis. Analysts said the city state could have seen a higher revenue growth if not for two factors—Typhoon Nida and a two fewer weekend days—that suppressed the GGR in the previous month.

“Adjusting for these factors, we think a normalized August GGR would have been closer to 4 percent,” Govertsen said. “What we don’t know yet is if good luck swayed VIP (and the market) into positive territory during the final week of the month.”

Macau is set for another multi-billion casino resort this September—Sheldon Adelson’s $3 billion Parisian resort, which analysts believe would contribute further to the city state’s growth.

“September results usually come in lower than August… We are currently expecting an improvement on this trend driven by the positive impact of Parisian Macao mid-month,” Govertsen said. “Our current forecast calls for GGR MOP18.5 billion, or growth of 8 percent year-on-year.”

This is another piece of good news for Macau, which also saw its gross domestic product contract by 7.1 percent in the second quarter of the year, compared to the 13.3 percent drop recorded in the first quarter of 2016. Macau officials have been optimistic that the city state is rebounding after a 26-month long gaming revenue drop, as it pushes casino operators to build mass market-friendly resorts that have more entertainment options other than gambling.