Elated with their triumphant return to New York, daily fantasy sports sites are making a bid to get legal in the gambling mecca of Nevada. 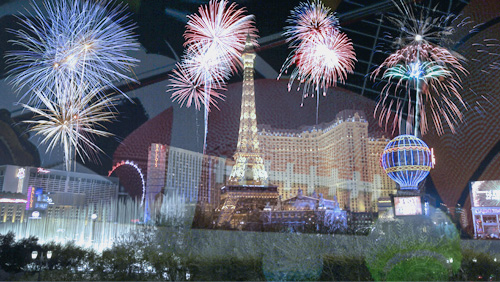 According to the Associated Press, the five-page proposalsuggested a $10,000 annual licensing fee for larger operators and require owners with at least a 15-percent stake in a company to identify themselves to the state—which categorized last fall daily fantasy sports sites as gambling, meaning they have to halt operations if they didn’t have a license.

The short proposal, however, left members of Nevada’s Gaming Policy Committee unimpressed. The committee said the proposal lacks criminal background checks, a necessary step for Nevada’s casino industry to shed associations from organized crime. Nevada officials also wanted to know if DFS will bring jobs and revenue to the state when their proposed licensing fees would only add up to $30,000 a year—not enough to cover the cost of regulating the companies.

Scott Ward, a lawyer who represents FanDuel and DraftKings, said regulations that apply to casinos shouldn’t apply to DFS, although they are willing to work with the state on “a more agreeable proposal.”

“That’s why we’re here in Nevada—because of your strong history in these areas,” Ward said, according to the news outlet. “Other states look to you.”

DraftKings and FanDuel, along with five other daily fantasy sports operators, have recently been allowed to resume operations in New York under a new state law that requires all operators to pay a $50,000 annual fee and 15 percent tax on revenue derived from New York players.