Home / Business / Vietnam may allow sports betting, but with a $45 daily limit

Sports bettors in Vietnam will soon be able to indulge in their favorite pastime on a legal basis, as long as they don’t go over the $45 daily limit. 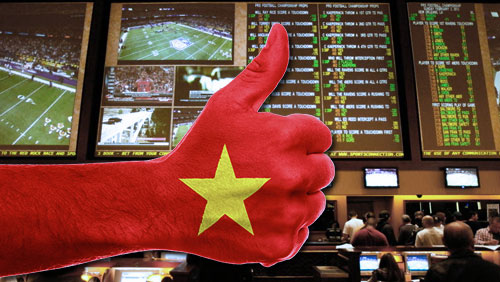 Finance officials are reportedly seeking the government’s approval to legalize sports betting in the country. A finance ministry official told Thanh Nien Sunday that the goal is to “legalize betting on certain international football matches to be decided by the Ministry of Culture, Sports and Tourism.”

Under the proposal, people can bet on the match scores, number of red and yellow card given, among other things. The proposal was fashioned after a draft made in 2010 that proposed legalizing betting on both domestic and international football games.

“The regulation aims at keeping a careful eye on gamblers and step-by-step development to avoid regrettable consequences,” the finance official said.

However, critics are disappointed by the ministry’s decision to stick with the 2010 draft, which had also proposed to keep the maximum daily betting limit to $45.

Nguyen Hoang Hai, deputy chair of the Vietnam Association of Financial Investors, said, “No one will bet within the proposed limit of VND1 million (US$45) a day. Or they will have others to bet for them.”

Several weeks ago, the Vietnam’s Deputy Prime Minister Vuong Dinh Hue asked the Ministry of Finance to tweak the draft decree governing legal sports betting as well as horse and dog racing. The new decree envisions, among other things, issuing five-year licenses for companies to offer wagering on racing meets and international football matches (with the clear implication that they don’t want local leagues subject to potential fixing issues).

Central government spokesperson Kieu Dinh Thu previously said that gambling remains to be a “sensitive issue,” especially since any “changes to existing regulations will have to be submitted to and approved by top policymakers and lawmakers.”