Hanoi wants to build a Formula 1 circuit in the capital of Vietnam. But first, the government must lay the groundwork for the public acceptance of sports betting in the country. 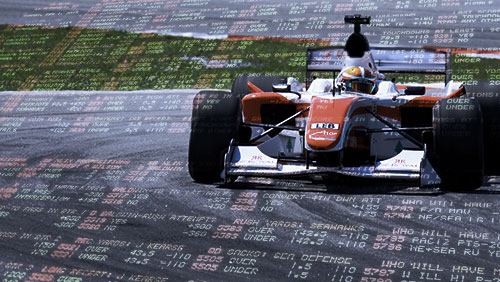 According to several Vietnamese new outlets, the city has already tapped a foreign group to conduct a study while it calls for investment in the project.

But for the racing circuit to succeed, the government needs to allow sports betting in order “to earn more from the sport of car racing,” a source familiar with the matter told Tien Phong.

According to the official, “People from around the world, not just those in Hanoi and Vietnam, should be allowed to place their bets. This will be a major source of income.”

Central government spokesperson Kieu Dinh Thu was quoted by the Vietnamese news outlet that gambling remains to be a “sensitive issue,” especially since any “changes to existing regulations will have to be submitted to and approved by top policymakers and lawmakers.”

In 2005, Hanoi officials planned to open a horse racetrack in the Soc Son District, but the city’s UK investor pulled back from the project in 2007 after learning that betting would be restricted to those within the venue.

A Formula 1 circuit, however, isn’t Vietnam’s first foray into racing tracks. In March, the country opened its first professional track for cars and motorcycles in the province of Long An, located 30 kilometers from Ho Chi Minh City.

Named HappyLand, the circuit was built on an area of 139,000 square meters near the Vam Co Dong River. It is capable of hosting of up to 12 racing categories for cars, motorcycles and bicycles.