Home / Casino / Why Slot Developers Should Stick to Cherries, Sevens and Bars 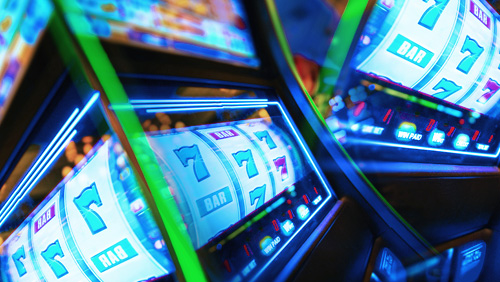 This is a guest contribution by Martin van Geest, Editor in Chief of MeneerCasino.com. If you would like to submit a contribution please contact Bill Beatty for submission details.

I love gambling. I’ve been playing slot machines since I was six years old (seriously). But lately, I’ve been afraid that I’m committing a terrible sin by playing some of my favorite slot games.

The people who’ve developed those slots are even more guilty. Our wrongdoing? Cultural appropriation.

For those uninitiated in the vernacular of social justice warriors: cultural appropriation means using elements from a foreign culture without permission or providing adequate context. This is seen as especially offensive when the original meaning of the cultural elements is lost or when the elements are simply used for esthetic reasons, as an exotic fashion item.

There is something to this line of thought. A Buddha tattooed on your lower back with a G-string peeking out right underneath, is offensive to many Asian people (as one British tourist recently discovered in Sri Lanka – she was deported).

Likewise, a lingerie model wearing a traditional Native-American headdress paired with a leather bikini and panties at the Fall 2012 Victoria’s Secret show, is disrespectful. Even though she looked hot.

However, the eager-to-be-insulted have stretched the concept of cultural appropriation far beyond common sense.

A Tex-Mex restaurant in Norwich, England was chastised by local activists for handing out sombreros.

A yoga teacher at the University of Ottawa was told her classes were to be suspended because the lessons were “an unacceptable appropriation of a non-Western practice” and were connected to “cultural genocide”.

Pushing the boundaries of ridiculousness was a “food fight” at the student dining-hall of Oberlin College in Ohio. The cafeteria workers dared to serve students sushi with undercooked rice and Vietnamese Banh Mi sandwiches, made with ciabatta bread instead of the traditional crispy baguette.

This “uninformed representation of cultural dishes” caused an outrage and the dining-hall employees were forced to deeply apologize for their total disrespect for Vietnamese and Japanese culture.

This makes me wonder, what would the politically correct brigade think of the gaming industry and particularly the themes it comes up with for slot machines?

What about Spiñata Grande, a Mexican-themed online slot by Netent. Have Netent’s designers wrongfully appropriated Mexican traditions? I mean, one of the symbols is wearing a sombrero…

Is Aloha (also by Netent), with a hula-dancing tiki totem, disrespectful towards native Hawaiians?

Then there’s an online slot called Amsterdam Red Light District, developed by Holland Power Gaming. With “working girls” and the logos of both the infamous Banana Bar and cannabis café chain The Bulldog, this slot is a showcase of sordid stereotypes of Amsterdam. However, this game might pass scrutiny because the developers are Dutch themselves.

My personal favorite is Bierhaus by WMS. The game features an apple-cheeked chap wearing lederhosen and a voluptuous blonde in dirndl, clinking beer mugs to a soundtrack that would not be out of place at a traditional Oktoberfest in Bavaria. A total caricature of Germany, but is it offensive to Bavarians?

We can consider ourselves lucky that there are no more ancient Egyptians. Or Romans. Or Aztecs. Because they could take offense at literally hundreds of slot games, both online and offline. It’s also a good thing aliens don’t exist.

Once you start thinking about it, the casino industry is a minefield full of scandalous cultural faux pas.

Maybe it’s better to stick to bars, sevens and cherries after all. And let’s hope that barkeepers, mathematicians and fruit growers won’t jump on the cultural appropriation bandwagon.