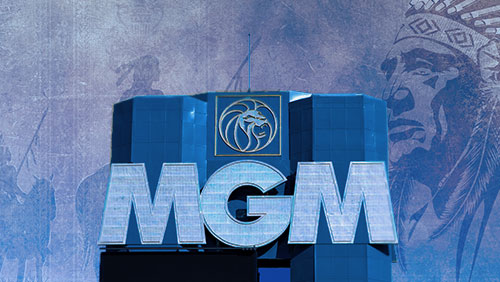 In a game of chess with Connecticut state officials and Indian tribes over the creation of a new tribal casino near the Massachusetts border, MGM Resorts International appears to be three steps ahead of them.

Even before Connecticut state officials pop the celebratory champagne following the dismissal of the lawsuit filed by the casino resort operator against them last Friday, MGM has been secretly lobbying for the approval of a little-noticed amendment that will block tribes that run casinos on tribal reservations from opening commercial casinos in the same state.

The amendment, reportedly sponsored by Nevada senators Dean Heller and Harry Reid, will not only put the third Indian-owned Connecticut casino project – which is a direct competitor of MGM in the state – in jeopardy but will also unfairly limit all of Indian tribes’ opportunities.

To the relief of the Indian tribes, the controversial amendment filed with a military bill failed to come up for a vote.

“We understand that MGM is arguing that participation by Indian tribes in commercial gaming outside of their reservations somehow conflicts with the goals and purposes of the Indian Gaming Regulatory Act,” Ernest L. Stevens Jr., head of the National Indian Gaming Association, told the Boston Globe. “There is simply no basis in the law for such a suggestion.”

Stevens, who has already expressed his concerns to the chairman and vice chairman of the Senate Indian Affairs Committee, pointed out that is no policy or legal basis to suggest tribes should be prohibited from entering into any such commercial activities.

The Mashantucket and Mohegan tribes, which both tasted legal victory against MGM after a federal court judge affirmed the constitutionality of the state of Connecticut’s 2015 tribal gaming act last Friday, lashed out at the casino gaming resort for its last-ditch attempt to block the operations of their casinos.

It would be recalled that Judge Alvin Thompson dismissed the suit and sided with the state on three key arguments: That MGM lacked standing to sue, that the law did not exclusively favor the tribes, and that any competitive disadvantage to MGM was too abstract to support a legal claim.

“This is a company willing to spend huge sums of money to get what it wants,” Andrew Doba, the spokesman for the tribes’ joint enterprise, told the Boston Globe. “Their actions in Connecticut, and now in Washington, make it clear that they are willing to do anything to stop this project. And if they’re successful, there will be more people in Connecticut standing in the unemployment line.”

While he declined to discuss the amendment, MGM executive vice president Alan Feldman was quoted by the news website to be insisting that allowing the tribes’ proposal to go forward would set “a dangerous precedent” that runs contrary to federal law.

“MGM believes that the current attempt by two tribes in Connecticut to operate a commercial casino is anti-competitive and unconstitutional,” said Alan Feldman, an MGM executive vice president, pointing to the fact that the state is allowing only the tribes to operate the third casino.

“Moreover, it is based on an unprecedented framework that is not consistent [with laws governing Native American casinos],” Feldman added.