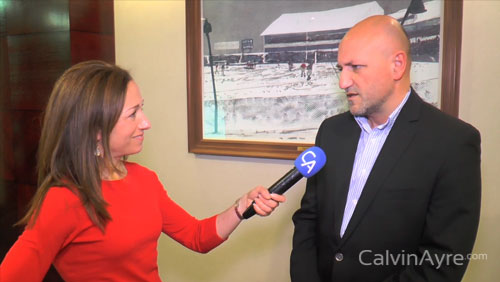 Vahe Baloulian of BetConstruct explains to CalvinAyre.com’s Rebecca Liggero the reason why the betting firm is bullish about the Latin American market.

While everybody else is heading to Asia to search for market growth, gambling technology provider BetConstruct is one of those few companies taking the road less traveled to Latin American market.

For starters, many investors feel jittery about the Latin American market due to the economic and political climate in the region. Brazil, the largest emerging market in South America in terms of gross domestic product, has just impeached President Dilma Rousseff and is now sitting down on a big pile of debt. Argentina, which is also hounded by its debt default several years ago, is also seeing some political changes these past few months.

BetConstruct, however, sees the political and economic landscape of Latin America in a positive light. BetConstruct Chief Executive Officer Vahe Baloulian said they are betting on the Latin American market to become that the next growth engine for business is in the region.

“Actually, we just stopped by at our office in the Montevideo in Uruguay, we had an office in Peru in Lima, but we needed to expand the market as it is going really well for us in the Latin American market and also in Caribbean,” Baloulian told CalvinAyre.com. “We opened Lima’s office last year and we’ve been preparing it for some time. We’ve been to many conferences trying to gauge the market, trying to understand how it works.

The reason why BetConstruct, according to Baloulian, is optimistic with the Latin American market was due to the fact that the countries in the region are undergoing positive political and economic changes. In the case of Brazil, Baloulian explained that the political turmoil in the biggest South American nation has already bottomed out.

Argentina, on the other hand, is now changing “towards free market and less corrupt and less socialist,” according to Baloulian.

“Brazil getting ready to license. The markets are expanding on the western part of the continent. I think Brazil being the largest market despite the turmoil that they’re going through now, it’s going to change a lot, and also the new government in Argentina, which is changing… and we hope that it will open up to,” he said.

Aside from Latin American markets, Baloulian said BetConstruct is also busy with big sporting events such as the ongoing Euro 2016, wherein they are expecting “a big influx of punters.” He said they are expanding their 10 offices worldwide for customer-related services.

“We are always prepared, but we still go through procedures to make sure the scalability, availability, is the risk-management being taken care of, we finish the move to Luxembourg tier-4 data center,” he said. “There’s a lot of work to be done and with all these conferences, you never get to be in the office but it’s a big team, we are handling it.”