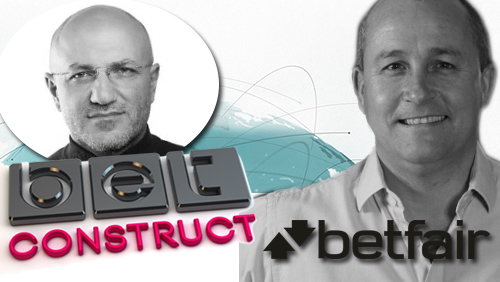 Baloulian began his term as CEO of BetConstruct in January. He previously had consulted with BetConstruct on corporate and managerial strategy through independent igaming consultancy eGaming Partners Inc.

BetConstruct’s new CEO will work between the company’s London, Yerevan (Armenia) and new Los Angeles offices, as the technology provider expands its B2B services and competencies throughout the igaming market.

“BetConstruct is a game changer in this industry, I have been working with the company for the last four years as an executive consultant and I am thrilled to join their talented team of people who are bent on making sure that gaming industry continues to innovate and thrive,” said Baloulian.

Baloulian, with more than 15 years of experience in igaming operational management specializing in strategic product development, held senior management roles at 888.com from 1998 to 2004, was CEO of Red Planet Gaming from 2006 to 2011 and California Poker Network CEO from 2009 to 2011.

“We would like to take this opportunity to thank Ian for his significant contribution to Betfair over the past three and a half years,” a Betfair spokesperson said.

Chuter had previously worked with William Hill as group head of international and UK operations.

“I am enormously richer for the experience of working at Betfair where I have been fortunate enough to work with a really great team,” said Chuter. “The company is now unrecognizable from the one I joined and the recent success is testament to the hard work of everyone. I have no doubt that Betfair will continue to go from strength to strength and wish them the very best going forward.”